Australian James Duckworth has continued to make impressive gains in 2013, hitting a career-high mark in the latest edition of the ATP rankings. 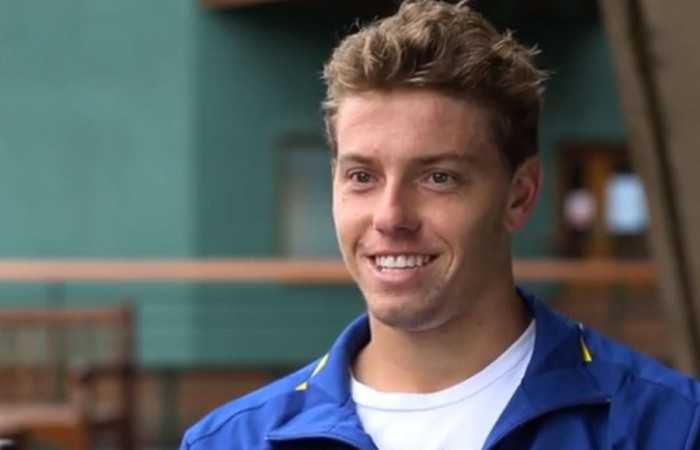 Australian James Duckworth has continued to make impressive gains in 2013, hitting a career-high mark in the latest edition of the ATP rankings.

The New South Welshman jumped eight places to world No.159 thanks to his run last week to the final of the Lexington Challenger event in Kentucky, United States; he beat top seed Illya Marchenko in the quarterfinals before falling in the final to Brit James Ward in three sets.

He is now within striking distance of a return to Australia’s top five – John Millman sits just a few places above him at No.154.

The rise marks just the latest improvement in what has been a stellar year for the 21-year-old, who has risen more than 100 ranking spots since February.

Highlights have included wins at the Pro Tour event in Bundaberg and and ITF Futures event in Chile, as well as qualifying for both Roland Garros and Wimbledon.

Another Aussie also making a rankings gain was Lleyton Hewitt, who rose seven places to world No.57 following his run to the semifinals at the BB&T Atlanta Open.

Also reaching a higher level was Bernard Tomic, who by ascending one place to No.40, returned to the top 40 for the first time in 10 months.

Tomic, Hewitt and Duckworth are all in action this week at the ATP Citi Open in Washington; the ATP 500-level event offers significant ranking points and is another opportunity for this trio to move higher.

On the women’s side, there was little change in where the Aussies stand in the WTA rankings – Sam Stosur remains Australia’s No.1 player at world No.13.