Barty and Dellacqua fall in final

Ash Barty and Casey Dellacqua's magical run at Wimbledon has come to an end after they fell in the ladies' doubles final to Su-Wei Hsieh and Shuai Peng. 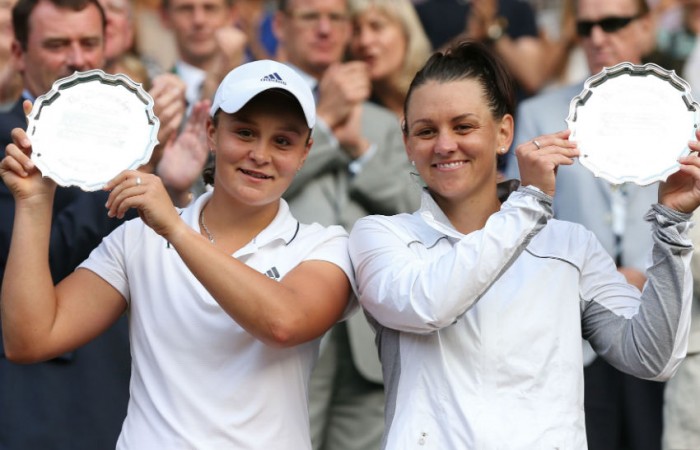 Australians Ash Barty and Casey Dellacqua missed out on securing a first Grand Slam women’s doubles title, losing in the final at Wimbledon.

The 13th seeds fell 7-6(1) 6-1 to the eighth-seeded combination of Taiwan’s Su-Wei Hsieh and China’s Shuai Peng on Saturday.

Barty and Dellacqua, in just their fourth WTA tournament together, were bidding to become the first all-Australian duo in 35 years to win the women’s doubles at the All England Club.

The pair also lost the final at the Australian Open in January.

The Australians started brightly on Centre Court and had a set point on serve up 5-4.

However Hsieh and Peng fought back to claim the first set in a tiebreaker.

The Asian duo carried the momentum into the second set and raced to a first Grand Slam doubles title.

It was Barty and Dellacqua’s first defeat on grass in ten matches, having claimed their maiden WTA doubles title in Birmingham earlier this month.

The last all-Australian women’s duo to win the Wimbledon title was Wendy Turnbull and Kerry Melville Reid in 1978.