How the Aussies fared at Wimbledon

Thursday at Wimbledon produced a quarterfinal loss for Ash Barty and John Peers in the mixed, but some great results in the boys' doubles event. 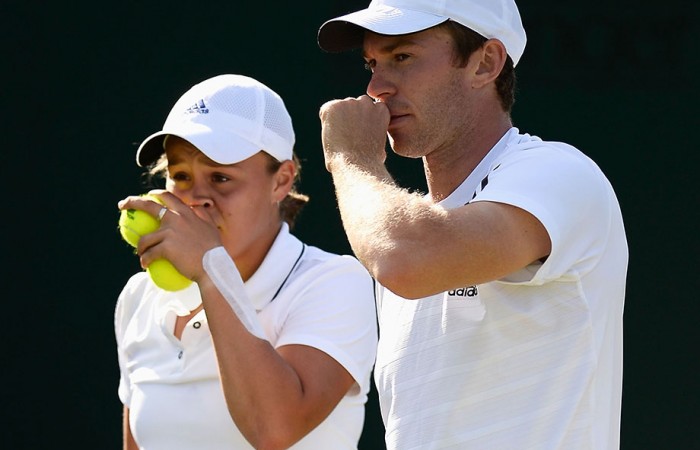 Ashleigh Barty missed a chance to reach a second doubles semifinal at Wimbledon as she and fellow Australian John Peers bowed out of the mixed event.

The pair down went down fighting, losing 7-6(6) 7-6(4) to the top-seeded duo of Bruno Soares and Lisa Raymond in the quarterfinals on Thursday.

Promising 17-year-old Barty lost in the first round of qualifying for the singles event.

Nick Kyrgios, Thanasi Kokkinakis, Jay Andrijic and Bradley Mousley are all through to the boys’ doubles quarterfinals after posting solid wins on Thursday.

Kyrgios and Kokkinakis may have both been defeated in the singles on Wednesday but they put that behind them to chalk up their second win in the doubles event. The unseeded duo defeated Hugo Di Feo and Mazen Osama in straight sets, 6-2 6-3. They will take on fifth seeds Yoshihito Nishioka and Jorge Brian Panta for a place in the semifinals.

In the other match, Andrijic and Mousley fought off a late challenge from French duo Benjamin Bonzi and Quentin Halys to win 6-3 7-6(2). They’ll next play Enzo Couacaud and Stefano Napolitano.

Should both Australian pairs continue their winning ways, they will meet each other in the final.