UPDATE 4:40 am. Marinko Matosevic on Monday suffered an upset four-set loss to Frenchman Guillaume Rufin in the first round at Wimbledon. 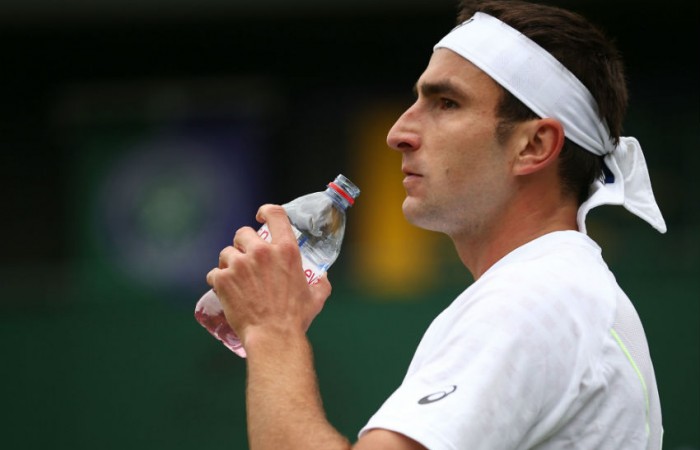 Marinko Matosevic’s Grand Slam duck extended to 10 matches as he suffered an upset loss to Frenchman Guillaume Rufin in the first round at Wimbledon.

After a luckless run in drawing seeded players in the first round of majors, including facing David Ferrer in the opening round at the French Open, a clash with 85th-ranked Rufin looked to present Matosevic with a golden opportunity to end his losing streak.

The Australian admitted coming into the match with his Grand Slam duck playing on his mind and it certainly looked like it in the first set.

He made 14 unforced errors as Rufin raced to a one-set lead in just 27 minutes.

The Australian regained his composure in the second set and found some rhythm with his groundstrokes in building a 4-2 lead.

Rufin broke back to get games back on serve before a fired-up Matosevic clinched a crucial break to take the set.

The third was evenly poised before Rufin broke serve late in the set, with a crucial line call angering the Australian.

Despite replays showing the Frenchman had just caught the baseline with a shot to win the game, Matosevic was furious.

Rufin broke again early in the fourth set and Matosevic couldn’t work his way back into the contest.

The 22-year-old from NSW was far from disgraced and looked to grow in confidence throughout the match but, ultimately, 34-year-old Stepanek, ranked 45th, was much too strong.