Sam Stosur, Bernard Tomic and Marinko Matosevic will fine-tune their grasscourt games this week at the combined ATP/WTA event in Eastbourne. 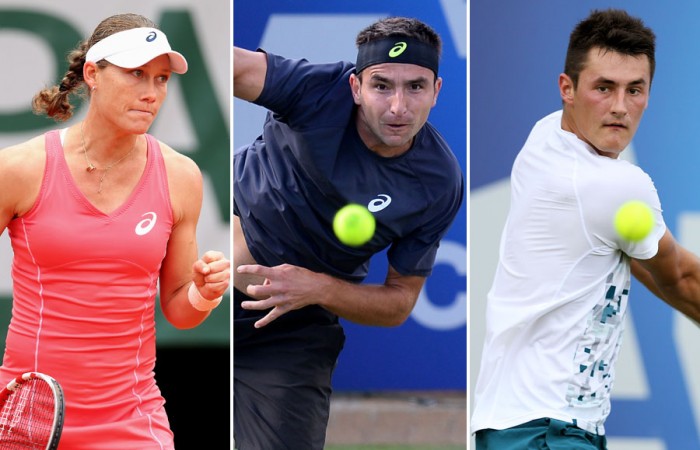 Bernard Tomic will attempt to fine tune his game in the build-up to Wimbledon at the grasscourt event at Eastbourne this week.

Tomic will contest the combined ATP/WTA event on England’s south coast despite pulling out of the doubles at Queen’s due to a hamstring problem.

Sam Stosur and Marinko Matosevic will also compete at the final tune-up event for Wimbledon, which begins next week.

Tomic, 20, tweaked his hamstring during a first-round loss to Victor Hanescu at the French Open.

He said he wasn’t troubled by it during a narrow defeat to German Benjamin Becker at Queen’s on Tuesday but he pulled up sore, causing some concern over his fitness for the grasscourt Grand Slam.

Matosevic, who lost to Andy Murray in the third round at Queen’s, is drawn against Czech veteran Radek Stepanek in the opening round.

Stosur is the sole Australian woman competing in the event, starting on Monday.

She meets eighth seed Nadia Petrova in the first round.

Stosur, 29, was unsure whether she would play in any Wimbledon lead-up events but she’s opted to have a hit-out going into her least-favoured major, where she has progressed past the first round only once (2009).

“It’s certainly a challenge going onto the grass for me,” Stosur said.

“It’s never been a great time of the year for me so far but it’s another opportunity to turn that around.”

Stosur’s third round defeat at the French Open meant she dropped out of the world’s top 10 for the first time in more than three years to No.14.