UPDATE: Aussie junior world No.1 Nick Kyrgios and compatriot Bradley Mousley have fallen in the second round of the French Open boys' singles on Monday. 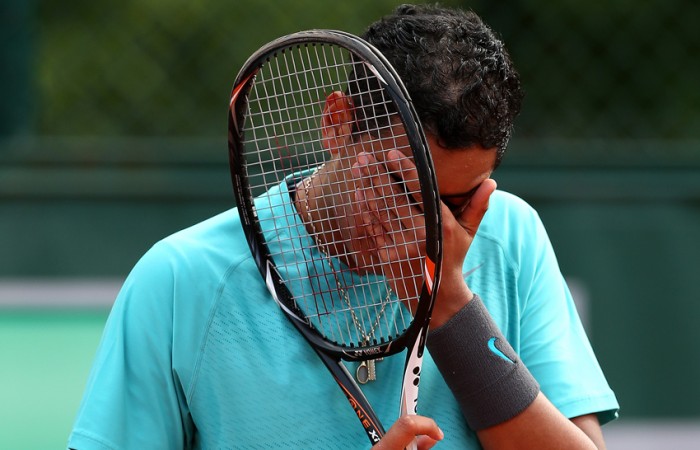 Australian junior world No.1 Nick Kyrgios has suffered a surprise defeat in the second round of the French Open boys’ singles.

It was his first singles loss in juniors since September and ended hopes of winning back-to-back Grand Slam boys’ titles after his triumph at the Australian Open.

Kyrgios, 18, was hot favourite for the title after reaching the second round of the men’s event last week by beating Czech veteran Radek Stepanek.

Fellow Australian Bradley Mousley was also beaten on Monday to leave no Australians left in the junior competitions at Roland Garros.

In women’s doubles action, Sam Stosur and Anastasia Rodionova saw their campaigns come to an end at Roland Garros on Monday.

A handful of Aussie junior boys will take part in first round action in the French Open boys’ doubles draw, including Mousley and Jay Andrijic, who will team to face Kyrgios’ conqueror Khachanov and another Russian in Roman Safiullin.

Harry Bourchier and partner Filippo Baldi of Italy are the No.6 seeds, while Omar Jasika is partnering  Hugo Di Feo of Canada.