Sam Stosur's season of frustration has continued after the Australian went down in the French Open third round to Jelena Jankovic. 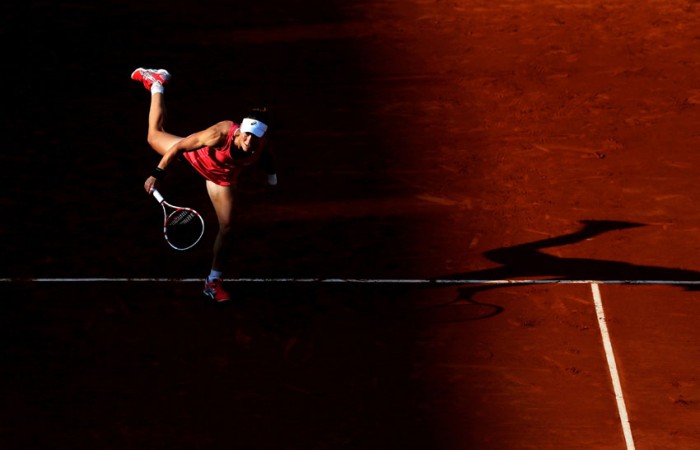 Sam Stosur’s season of frustration continues after going down in the French Open third round to Jelena Jankovic.

The Australian world No.9 surrendered a one-set lead as the 18th-seeded Serbian edged a tense final set to to win 3-6 6-3 6-4 on Saturday.

The defeat ends Australia’s involvement in the singles draw at Roland Garros and means Stosur will have to wait a year for another crack at her favourite Grand Slam.

“I thought I played well enough for the majority of the match to be through but obviously I didn’t do it enough and didn’t do it at the right time and find myself out of the tournament.

“… I played two good rounds but now it’s ‘so what’, you’re out of the event. It’s certainly not the Roland Garros I was hoping to have or expected to have in my own head.”

The 29-year-old had high hopes of going deep into the draw despite a year marred by form and fitness worries.

But the 2011 US Open champion’s quest for a second major goes on after she paid the price for a mid-match fade-out.

Despite having won only two of eight previous meetings against Jankovic, Stosur started strongly.

The match began in sunny conditions just after 6pm local time and with the Suzanne Lenglen Court crowd having thinned out significantly following Frenchman Richard Gasquet’s win over Nikolay Davydenko.

While the atmosphere may have lacked intensity, Stosur didn’t in an impressive first-set display.

She was ripping forehands from all over the court, breaking to go 5-3 up before holding serve to wrap up the first set in 31 minutes.

Jankovic broke serve early in the second set to take a 2-0 lead but the Australian hit back to level.

However Stosur seemed to drop off, allowing Jankovic to take the ascendancy as she clinched a break to go 5-3 up and served out the set.

Jankovic looked to be running away with the victory when she broke twice to go 3-0 up in the deciding set.

However Stosur responded to losing six straight games gamely by winning the next four to take a 4-3 lead.

Against the momentum, Jankovic clinched a vital break and, although Stosur stubbornly saved three match points in a dramatic final game, the Serbian finally clinched it.

“I guess I did give myself an opportunity (to come back), I fought hard and gave it everything but just came up short,” Stosur said, putting her lapses down to an inability to close out points.

While her biggest triumph came in New York, Stosur has enjoyed more consistent success on the red clay in Paris.

She reached the semifinals for the third time last year and was runner up to Francesca Schiavone in 2010, beating Jankovic en route to the final.

Although she came into this year’s tournament feeling fully fit, her progress this year has been hampered by a troublesome calf injury.