UPDATE: Australian Ben Mitchell has claimed his first title of 2013 with a win at the Thailand ITF Futures event in Bangkok at the weekend. 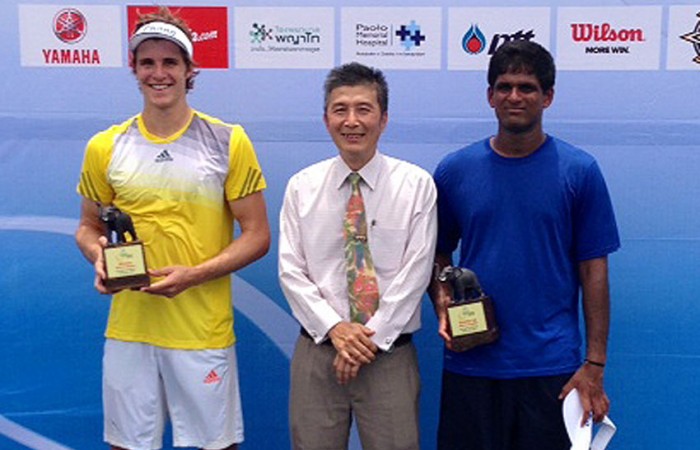 Australian Ben Mitchell has claimed his first title of 2013 with a win at the Thailand ITF Futures event in Bangkok at the weekend.

“It’s a good feeling to win any tournament, so to get that winning feeling back is satisfying and important for any player,” Mitchell said.

“I competed well [this week] in Thailand. It was very hot so every match was very tough and didn’t matter how easy the scoreline was. I started matches well, which is big for me.”

Currently ranked No.367, it was the Queenslander’s first title since winning the Australian Pro Tour event in Traralgon in October 2012, and will set him back on the path toward his career-high mark of No.209, set in February 2012.

That peak came after a breakout season in 2011 during which he captured four ITF titles and rose almost 400 ranking places.

The win in Bangkok came following an impressive week during which he did not drop a set in four matches en route to the final.

“[That was referring to] the scoreline and the fact I haven’t won a tournament this year – I have very high expectations for myself,” he explained.

Mitchell will next head to Korea to contest two Futures events before returning to Australia for a three-week training block. He will then head to the United States to play on the Challenger circuit, with the ultimate goal of entering the US Open qualifying draw in August.