Lleyton Hewitt fell in a dramatic five-set battle to Gilles Simon at the French Open on Sunday, while Marinko Matosevic and James Duckworth also lost. 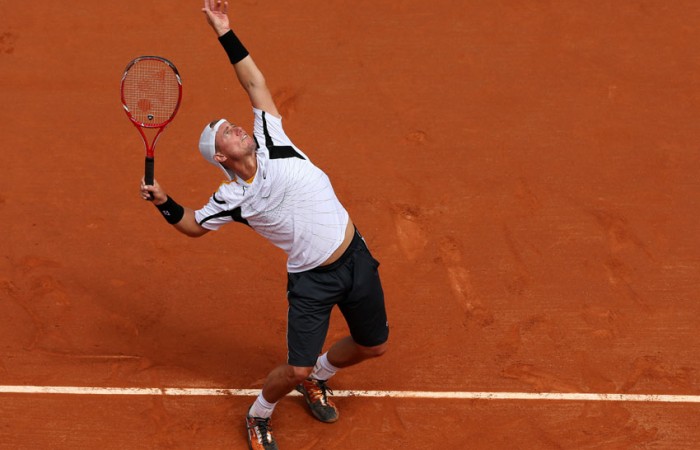 A gallant final-set fightback proved in vain as Lleyton Hewitt let slip a two-set lead against Gilles Simon to bow out of the French Open.

Marinko Matosevic and James Duckworth also became first round casualties on Sunday as all three Australians involved on day one suffered losses.

Veteran Hewitt came closest to an upset win, threatening to pull off a remarkable comeback against the 15th-seeded Frenchman after fighting back to 5-5 from 5-0 down in the fifth and deciding set.

Hewitt, 32, has made no secret of the fact his main focus is on Wimbledon next month and while he acknowledged it was a good hit-out, it was still a tough loss to take.

“I would have liked to have been on the other end of it,” Hewitt said.

“It’s disappointing but I didn’t come here with massive expectations and he’s a quality player as well.

“You fight for five sets to get the win and the draw opens up a little bit as well and you take a seed’s spot. That’s frustrating for any athlete or competitor. You want to be out there and get the win.”

Hewitt was troubled by toe blisters, calling for treatment at the start of the final set, but he refused to blame the problem for his mid-match fadeout.

“It was uncomfortable but you can play through it,” he said.

“He obviously stepped up his game from the start of the third set.”

World No.86 Hewitt came into the match having never taken a set off Simon in three previous encounters.

However he started strongly under overcast skies on Suzanne Lenglen Court and his determination was clear to see as he celebrated his first hold of serve with a customary fist-pump.

He produced some of his best tennis over the next hour to race to a two-set lead.

But Simon then took control and it appeared he wasn’t going to look back. Errors swamped Hewitt’s game as Simon steamrolled through the fourth set and most of the fifth.

But Hewitt found something special, frustrating the Frenchman as he reeled off five straight games.

Simon managed to halt Hewitt’s momentum by holding serve for 6-5 before clinching the decisive break.

Matosevic put up a decent fight in his cruel opening assignment against fourth seed David Ferrer.

But his 6-4 6-3 6-4 loss extended his record to nine losses from nine matches in Grand Slam main draws.

Matosevic was left to rue his inability to convert a host of break point chances, and a 3-0 lead in the second-set.

“When you don’t take those (chances) against guys like that, it’s tough to come back from,” he said.

Earlier, James Duckworth fell to Slovenian Blaz Kavcic, the same man who beat him in a marathon, five-hour match in the Australian Open second round.

It was a vastly different story at Roland Garros as Kavcic accounted for the Australian qualifier with ease in a 6-2 6-2 6-2 victory.

“I didn’t play very well at all,” Duckworth said.

“I played a lot better in the matches in qualifying, which is a bit disappointing.”

Teenage wildcard Nick Kyrgios is the only Australian in action on Monday while Bernard Tomic, Sam Stosur and Ash Barty open their campaigns on Tuesday.