Lleyton Hewitt, Marinko Matosevic and James Duckworth will all take to the courts at Roland Garros as the French Open kicks off on Sunday. 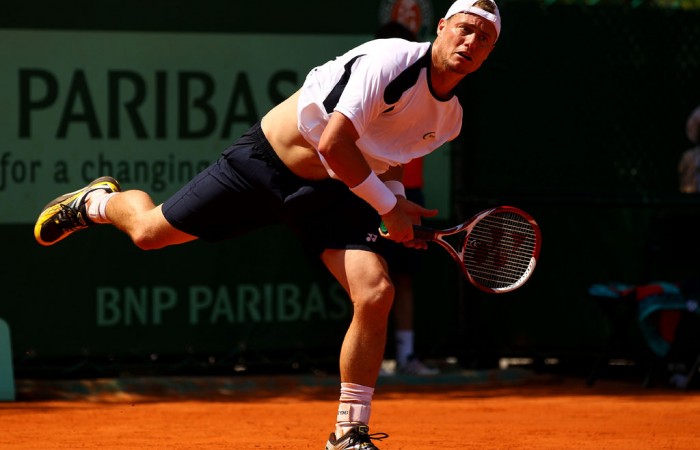 Lleyton Hewitt, Marinko Matosevic and James Duckworth will all take to the courts at Roland Garros as the French Open kicks off on Sunday.

And in a tough assignment, Hewitt has been handed a first-round match up with Gilles Simon, the No.15 seed who will be playing in front of his parochial home fans.

Hewitt has never before beaten the Frenchman, and is yet to take a set off him in three previous meetings – their last came in the second round of the Sony Open in Miami, a match that Simon claimed 6-3 6-3.

Following Hewitt on to Court Suzanne Lenglen will be compatriot Marinko Matosevic, who will face tournament fourth seed David Ferrer.

It’s an unfortunate draw for the Victorian who is aiming to win his first career Grand Slam match – Ferrer’s claycourt season has been solid, and has featured a run to the final in Portugal and quarterfinals in Madrid and Rome.

James Duckworth will open proceedings over on Court 6, reprising his epic second round match with Blaz Kavcic at the Australian Open.

The last time the Aussie and the Slovenian met it was a scorching Melbourne day, and the pair battled for five sets over almost five hours before Kavcic, currently ranked No.104, came away with a 3-6 6-3 6-4 6-7(3) 10-8 victory.

Here in springtime Paris, the conditions are likely to be more moderate, but another epic battle is not out of the question.

Duckworth, ranked 185th, will be conditioned on the clay and full of confidence after coming through three rounds of qualifying.