Three Aussie men progressed while three fell in the opening round of French Open men's singles qualifying at Roland Garros on Tuesday. 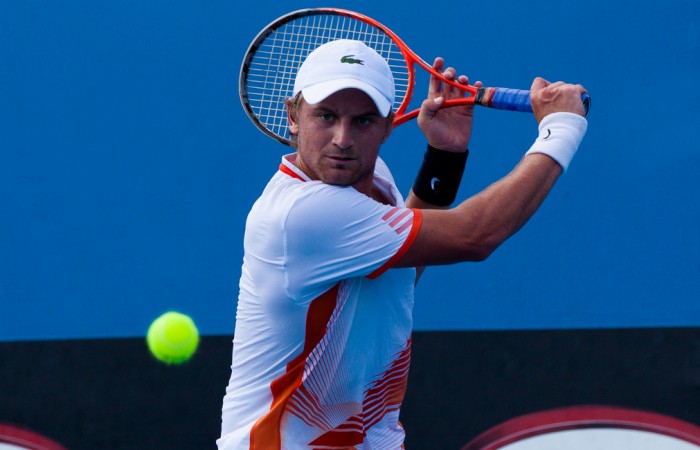 Three Aussie men progressed while three fell in the opening round of French Open men’s singles qualifying at Roland Garros on Tuesday.

Matt Ebden, Australia’s highest-ranked player in the draw and the 16th seed, fought through a three-set battle to defeat Konstantin Kravchuk of Russia 7-6(2) 6-7(4) 6-4.

It took Ebden two hours and 36 minutes to subdue his 181st-ranked opponent before the Western Australian progressed, where he will now face Serbia’s Dusan Lajovic.

In an all-Aussie battle, James Duckworth came out on top over wildcard Alex Bolt, winning their encounter 6-3 7-6(1) in one hour and 14 minutes.

He next faces No.19 seed Diego Sebastian Schwartzman of Argentina, and should he and Ebden both come through their second-round matches, they’ll face off for a place in the French Open main draw.

The other winner among the Aussies was Matt Reid, who beat Italy’s Gianluca Naso 6-4 6-4. He will face German Andreas Beck in round two.

Ebden, Duckworth and Reid will all take to the courts at Roland Garros for their second round matches on Wednesday, along with a five-strong Aussie female contingent who play their opening round matches.