Just days after his 16th birthday, promising Aussie Omar Jasika has been gifted a substantial rise in the latest edition of the ATP World Tour rankings. 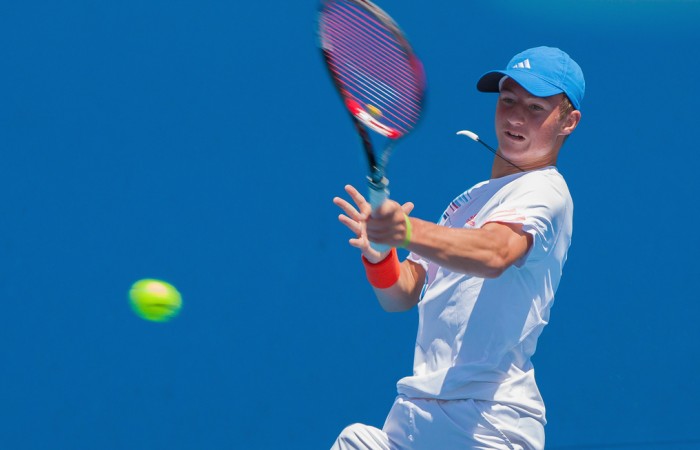 Just days after his 16th birthday, promising Aussie youngster Omar Jasika has been given the gift of a substantial rise in the latest edition of the ATP World Tour rankings.

Jasika rose 104 places after reaching the quarterfinals of the ITF Futures event in Santa Margherita Di Pula, Italy, and now sits at No.1,080 in the ATP rankings.

Currently the world’s 34th-ranked junior, Jasika only debuted in the main draw of an ITF senior-level event as recently as September 2012.

Despite his inexperience, he was able to brush aside No.222-ranked Arthur De Greef of Belgium in the second round of the Italian event before falling in straight sets to local Salvatore Caruso.

Also enjoying a rankings gain was Dane Propoggia, who jumped 30 places to world No.371 after qualifying for the Busan Challenger in South Korea and then progressing to the second round.

Jonathon Cooper scaled 56 places to world No.726 after his semifinal result from an ITF event in Mexico a fortnight ago were this week included in his points tally.

On the women’s side, young gun Storm Sanders rose 11 places to world No.278 thanks to reaching the second round at the $50,000 ITF event in Kurume, Japan.