One of Australia's hottest young prospects, Nick Kyrgios' career goes from strength to strength as he continues his transition from junior to senior tennis. 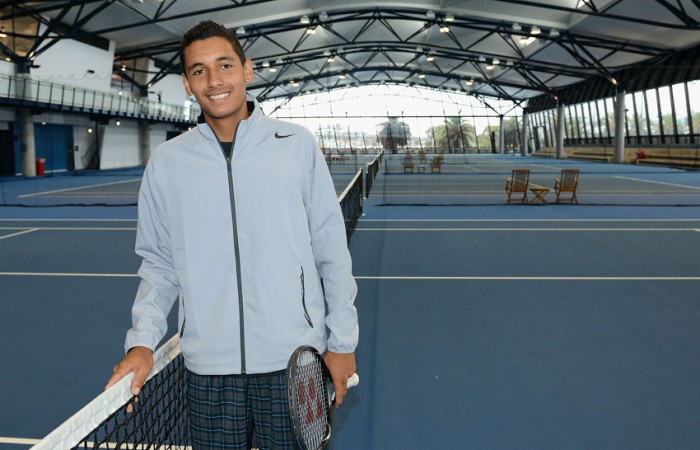 In a game where experience is paramount and the flourishing of teenage talent in the senior ranks is exceedingly rare, Nick Kyrgios’ achievements are quite incredible.

This year’s Australian Open junior boys’ champion has made a stunning transition from the junior to senior ranks; since February he has claimed two titles, reached another final, and improved his ranking by around 550 places.

The Canberran turned 18 just three days ago, and at his young age, he’s already achieved what many of his contemporaries would kill for.

“A lot of hard work has gone into the last couple of tournaments not only physically but mentally as well,” he revealed.

“We had a four week training block before the Asian tour so we were all ready to go.”

That Asian tour encompassed three ITF Futures events in China – two in Chengdu, one in Yuxi – and in keeping with his upward trajectory in 2013, his results improved at each one. A semifinal finish at the first Chengdu event was immediately followed up by a run to the final at the second, before he travelled to Yuxi and won the title.

It was his second career title after claiming his first ever senior trophy, perhaps even more impressively at the ATP Challenger event in Sydney in February.

“To win a Challenger is an unbelievable feeling, especially at 17,” he reflected.

“To win my first Futures event was a great experience and I definitely had some ups and downs but to come through was a great effort. I had my birthday on the semifinal day so in a way it was a great birthday present.

“Cracking the top 300 is a nice milestone to have achieved on this trip.”

Indeed, Kyrgios has risen to world No.289 thanks to his latest success, having been ranked No.843 as recently as the first week of February. His scintillating rise coincides with the fact that he has won 22 of 27 matches since his appearance at Melbourne Park, including going an impressive 12-2 during his Asian run.

“My serve is really helping me and when I need it most it’s the thing that I can count on,” he explained of the stroke that during his Australian Open junior campaign was clocked as fast as 207 km/h.

Kyrgios, now the 12th-highest ranked Australian male player, believes the conditions in China – fast and high bouncing – were conducive to his style of play. But that will change in the upcoming months, with the season moving to the slow red clay courts of Europe.

The 18-year-old recognises that this will be a physically-demanding assignment, and after a period of rest back home in Australia, he will get back into training before jetting off again to the Northern Hemisphere.

And if his recent success is anything to go by, there’s little doubt that such a sentiment will ring true.