Postcard from the US: Luke Saville

Blogging from his current base in the United States, Luke Saville explains how he met Andy Roddick and Mardy Fish and came to train at Dr Phil's house ... 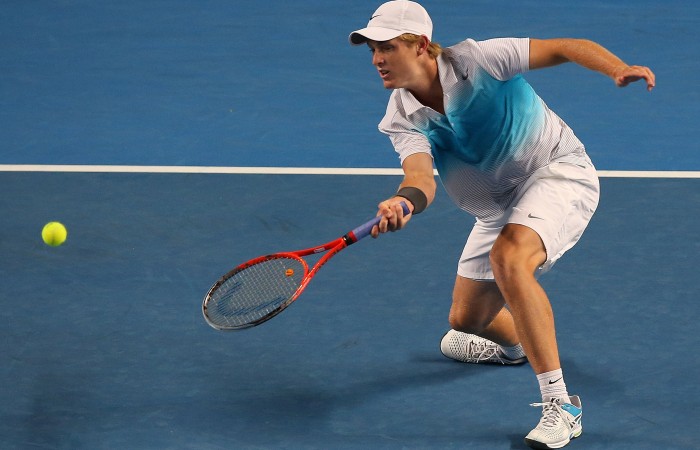 My coach Grant (Doyle) is great friends with Andy Roddick and Mardy Fish, and while we were in Los Angeles, Mardy wanted some hits. Ben (Mitchell) and I jumped at the opportunity and were able to train at Dr Phil’s house, because Mardy knows Dr Phil well.

It was great. It’s always a good experience hitting with quality professionals to witness their work ethic on the practice court and see how they hit the ball, and also to have a laugh. The court and house were absolutely incredible. The house was basically in the middle of Beverly Hills, up on its own private mountain. The house was a mansion and the green clay court was surrounded by trees, almost overhanging a cliff at the back.

While I was in LA I also got to meet Andy Roddick, which was really cool. I have looked up to him all my career and I really listened to some of the informative words he had to say.

Things were really busy in LA – through Ben’s LA-based management company, we were able to get some private suite tickets to watch an NBA game. It was the first time I had been to a game like this and it was intriguing to witness the intensity and determination, especially that the Lakers were showing considering they are on the brink of missing the NBA playoffs.