The Australian Wheelchair Tennis team has enjoyed some great results on clay at the Argentina Open in Buenos Aires on 4-7 April 2013. 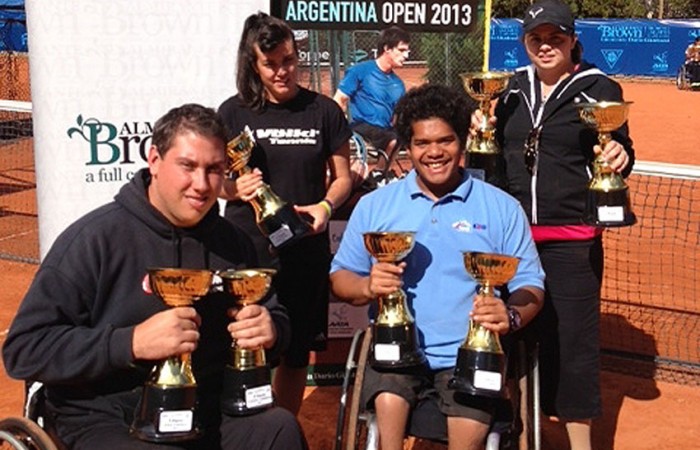 The Australian women achieved equally impressive results, with Josevski winning the consolation singles over Calati. Like the men, they united to play in the consolation doubles and finished the competition as the runners-up.

While in Buenos Aires, Calati and Josevski took some time out of their busy playing schedules to meet and chat to some local school children about wheelchair tennis and Australia.