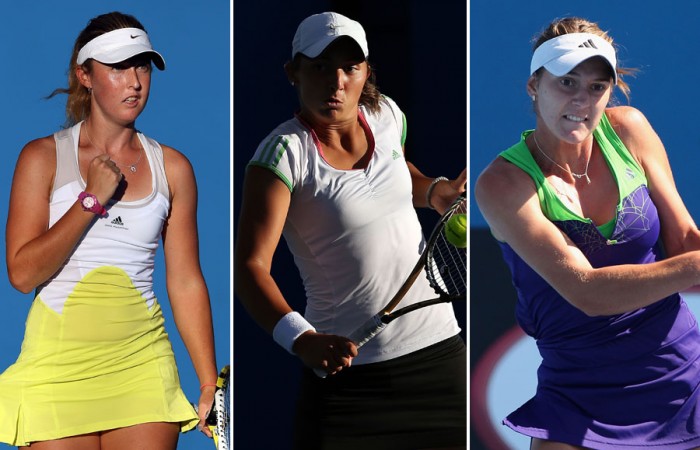 Australia’s young women are making notable inroads on the WTA rankings, with strong results on the Pro Tour seeing this group make headway in the latest edition of the women’s rankings to be released.

Leading the charge is Storm Sanders, the 18-year-old from Western Australia who this week leapt 70 places to No.342.

Sanders’ rise comes after the rankings included her run to the final at the Ipswich Pro Tour event the week before last, a result that took her win-loss record in 2013 to an impressive 13-4.

Having also won the Launceston Pro Tour event as a qualifier in February, Sanders has vaulted from outside the world’s top 600 to her current mark in the space of just two months.

Also enjoying a rankings improvement was 18-year-old Viktorija Rajicic, who moved from No.406 to No.379 after her second round run in Ipswich was taken into account.

The Victorian stands to rise significantly higher in next week’s rankings after claiming the ITF $25,000 Pro Tour title in Bundaberg at the weekend, another title to go with her victory at the Nature’s Way Sydney International #2 in early March.

Another youngster, Azra Hadzic, rose 14 places and stands on the brink of the top 300 (at No.301) after reaching the second round in Ipswich.

Hadzic first began her impressive rankings ascent in February with her run to the final in Mildura, which she backed up with semifinal finishes at a pair of Sydney $10,000 ITF events.

At the pointy end of the WTA rankings chart, Sam Stosur moved up one position to No.9 after Caroline Wozniacki fell to No.10, the result of the Dane failing to defend her semifinal points from the Miami event in 2012.

On the men’s side, there were some encouraging rises, most notably by Lleyton Hewitt, who continued his steady climb back up the ATP rankings with a rise of eight places this week.

Hewitt’s ascent to No.83 came after he reached the second round of the Sony Open in Miami, and given he has barely any points to defend between now and July, the 32-year-old stands to rise even further should more good results come.

Just nine months ago, Hewitt was ranked outside the world’s top 230.

Marinko Matosevic made a welcome return to the top 50 (rising one place from No.51) while John Millman continued to improve upon his career-high ranking, rising four places to world No.126 after progressing to the second round of the San Luis Potosi Challenger in Mexico.

But the biggest rises came lower down the ladder for the Australian men.

Colin Ebelthite jumped 201 places to No.542 after his win at the ITF Ipswich Pro Tour event was taken into account, while finalist Jonathon Cooper vaulted an incredible 959 spots to world No.819.

Ipswich semifinalist Jordan Thompson was rewarded with a rise of 98 spots, the Sydneysider now ranked No.689.