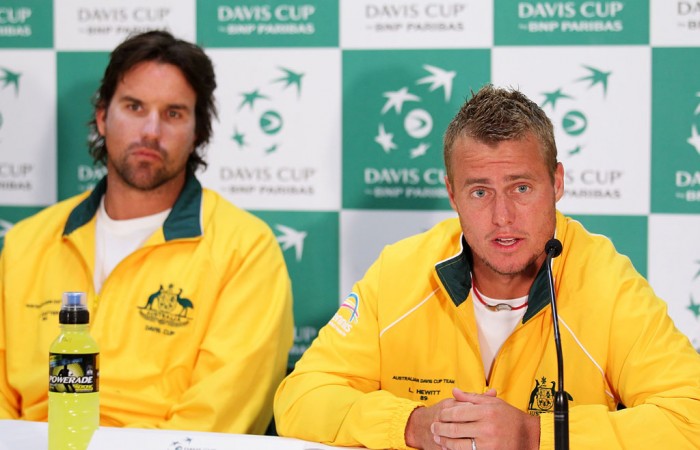 “We have a team which is very motivated to go into an extremely tough away tie and try and win our way to a World Group Playoff. We are under no illusions as to the difficulty of the task ahead, but we want this badly,” Rafter said.

“The boys are training hard and they have shown some good form in the lead up, so I am expecting some big things from them.”

The team is currently training in Munich and will head to the regional city of Namangan, Uzbekistan, early next week.

Tomic and Hewitt both displayed encouraging form at the Sony Open in Miami last week, each winning their opening round matches and also combining to contest the doubles event.

Tomic, Australia’s top-ranked player, is pleased to be back in the Davis Cup fold.

“I always want to play Davis Cup. I want to thank Pat for picking me. Wherever it is I’ll always be happy to play for country,” Tomic said.

“Lleyton has always told me what a huge thing Davis Cup is. We have a good chance to beat Uzbekistan. I’m back where I want to be, I’m looking forward to playing Davis Cup again and I’ll give my best.”

A win over Uzbekistan would see Australia progress to a World Group Play-off tie in September, and just one win away from returning to the elite 16-nation World Group for the first time since 2007.

This is just the second time that the two nations will be meeting in Davis Cup – the first was back in 1998, when Australia beat Uzbekistan 5-0 in Townsville in a World Group Play-off tie.

DAVIS CUP by BNP PARIBAS ASIA/OCEANIA GROUP I – SECOND ROUND