UPDATE: Prizemoney at the 2013 US Open will be increased to $33.6 million, the United States Tennis Association (USTA) announced on Wednesday. 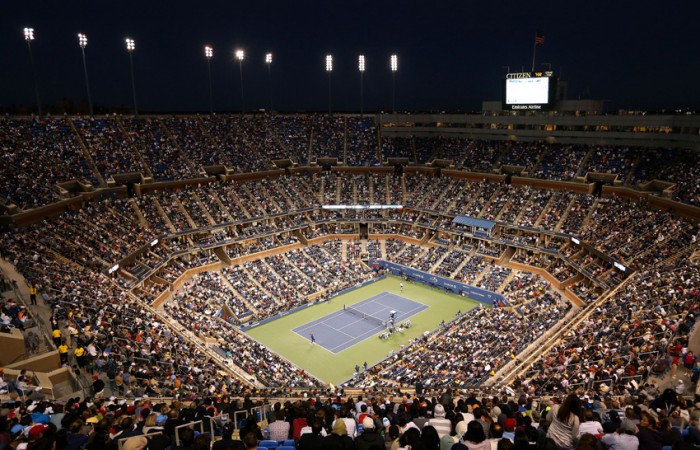 Prizemoney at the 2013 US Open will be increased by $4.1 million to $33.6 million, the United States Tennis Association (USTA) announced on Wednesday.

The news comes after the tournament’s initial announcement in December that it would bolster prizemoney by four million dollars for the 2013 event, meaning there will be an $8.1 million increase over the $25.5 million available to players at the 2012 US Open.

The USTA said that it had reached a five-year agreement with the ATP and WTA tours on US Open prizemoney levels, which would see the tournament’s purse increased to $50 million by 2017.

An exact round-by-round distribution of the total prize money increase for the 2013 US Open is expected to be outlined during the American summer.

The USTA also announced that from 2015, the men’s final would return to the second Sunday of the two-week event and that the men’s semifinals would be contested on Friday, giving players a day of rest between rounds. The women’s final would be played on Saturday.

The men’s final will be staged on the third Monday for the 2013 and 2014 tournaments.

The USTA said the prizemoney boost was aimed at growing the sport of tennis, a goal welcomed by the heads of the men’s and women’s tours.

“These increases are the largest in the history of the sport, representing a significant step forward in truly recognising the input the players have in the success of the US Open,” said ATP executive chairman and president Brad Drewett.

“We appreciate the productive manner in which the USTA, as well as Tennis Australia relating to the Australian Open, have engaged with the ATP and its players over the past 12 months. We remain committed to ongoing discussions with other Grand Slam tournaments in this regard.”

“Tennis Australia and the Australian Open worked hard with the players from both the ATP and WTA to offer the biggest prize purse in the history of the sport this year,” he said.

“Well done to both the USTA and the players on making a similar commitment and coming to this agreement. We’ve said all along that increased prize money is an issue for the sport, not just the Grand Slams, so tennis continues to grow and offer a viable career path for players.”

ATP Player Council president Roger Federer was equally positive in his response to the USTA’s decision.

“This excellent outcome for the sport of tennis wouldn’t have been possible without the open-mindedness and fairness of USTA President Dave Haggerty and the USTA staff. They approached our concerns with a true spirit of partnership, and as President of the ATP Player Council I am personally grateful for their support,” he said.

“Everyone I have spoken with is excited about the increases in prizemoney, as well as the agreement to change the schedule for 2015 and beyond. The US Open is very special, and we all look forward to great competition at Flushing Meadows later this year, and in the years yet to come.”

The 2013 US Open will be staged from 26 August to 9 September in Flushing Meadows, New York.