World-class tennis action is set to continue at Sydney Olympic Park next week with the second edition of the Nature’s Way Sydney Tennis International. 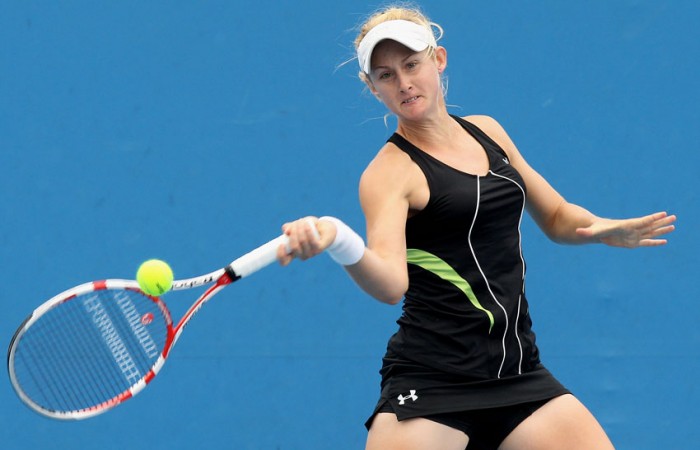 World-class tennis action is set to continue at Sydney Olympic Park next week with the second edition of the Nature’s Way Sydney Tennis International taking place from 3-10 March 2013.

The free event will showcase Australia’s upcoming female talent as well as a cluster of international players who will compete for USD $10,000 in prize money and international ranking points. Qualifying will begin on Sunday with the main draw to commence on Tuesday.

Leading the field of 32 will be Western Australia’s Jessica Moore (Williams, WA). The 22-year-old world No.371 will be looking to win her first Pro Tour title for 2013, as will fellow Aussies Viktorija Rajicic (Delahey, Vic) and Mildura Grand International finalist Azra Hadzic (Keysborough, Vic).

World No.386 So-Ra Lee from Wonju, Korea will be the highest ranked player leading the international contingent. She will be joined by compatriot Su Jeong-Jang as well as Yafan Wang (CHN), Tamara Curovic (SRB) and Japan’s Kumiko Iljima and Kaori Onishi, who will all be hoping to make their mark in the main draw.

“We will have 96 players competing across qualifying and the main draw. To play at a facility such as the Sydney Olympic Park Tennis Centre, home to the Apia International Sydney, is a chance for players to bring their skills and practice together in a competitive environment, giving them a taste of what it’s like to be on the big stage.

“We encourage the Sydney community to come down and support these rising stars.”

Play is expected to commence at 10:00 am each day with the singles final scheduled for Sunday 10 March.

The Nature’s Way Sydney Tennis International #2 is part of the 2013 Australian Pro Tour, a series of professional tennis tournaments that bridge junior events and the ATP/WTA Tours, providing players with the opportunity to earn their first world ranking points.