Publication to celebrate 100 years of ITF

UPDATE: The International Tennis Federation on Friday celebrated its 100th anniversary as tennis' governing body with the publication of its centenary book. 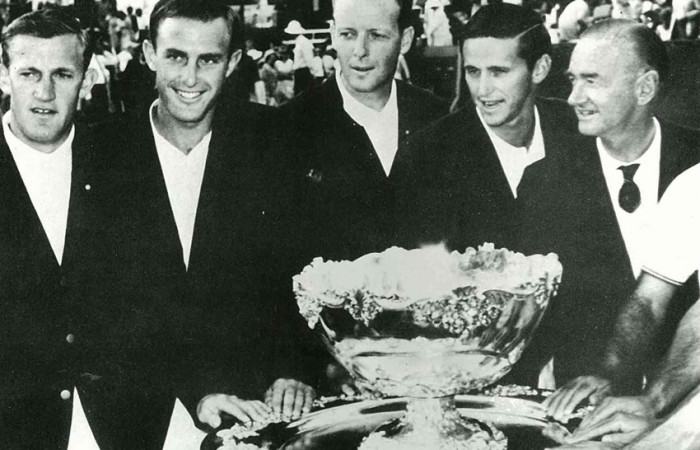 The book, published by Rizzoli New York, will be released on the inaugural World Tennis Day on Monday 4 March, when the ITF’s National Associations join some of the leading tennis stars to promote tennis participation around the world.

Written by Chris Bowers, the book charts the ITF’s important role over the past 100 years in developing tennis against a backdrop of political turmoil, the changing geography of the globe, and the impact that this shifting landscape has had on international sport.

“On our 100th birthday, I hope the full range of the ITF’s involvement in tennis will be recognised. Much as we highlight the successes of our top players, we are equally proud of our role in encouraging players at all levels to participate in the sport,” said ITF president Francesco Ricci Bitti.

“A Century of Contribution to Tennis reveals just some of the work of our 210 member nations, six regional associations and the thousands of volunteers who have worked tirelessly on behalf of the ITF to make tennis the global success it is today.”

Some of the highlights of The International Tennis Federation: A Century of Contribution to Tennis include:

The ITF is launching World Tennis Day on Monday 4 March in a bid to promote tennis and increase participation among young players around the globe.

Alongside these events, the ITF will be encouraging its 210 National Associations to support World Tennis Day with their own grassroots and club activities to attract new participants to the sport.

The International Tennis Federation: A Century of Contribution to Tennis will be available for purchase at the online ITF Store.