Pioneer of international women’s tennis Judy Dalton has been inducted into the Australian Tennis Hall of Fame. 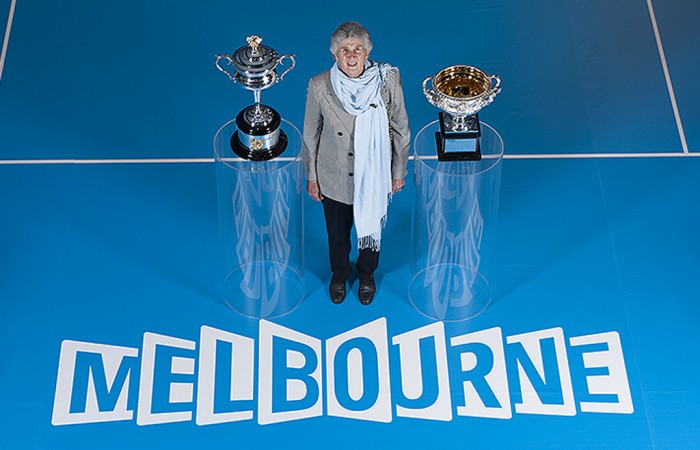 Pioneer of international women’s tennis Judy Dalton has been inducted into the Australian Tennis Hall of Fame in a ceremony on Rod Laver Arena on Thursday.

The Australian, who reached a career-high singles ranking of No.7 in 1968, was presented with a bronze bust, which would be added to Melbourne Park’s Garden Square.

Dalton (nee Tagert) was one of a group of nine female players led by Billie Jean-King who, fed up with the lack of prizemoney and support they received in comparison to their male counterparts, broke away from the tennis establishment to form their own tour.

They signed symbolic $1 contracts with World Tennis Magazine founder Gladys Heldman to compete on the newly-created Virginia Slims Circuit, which debuted with a tournament in Houston and became known as the Original Nine.

It paved the way for women’s professional tennis, and later the founding of the Women’s Tennis Association (WTA) in 1973.

The Original Nine’s vision was one in which women and girls could make a living playing competitive sport. That dream is now a reality for hundreds of women playing on the WTA Tour.

Dalton recalls that the money she began earning on the fledgling circuit in the early 1970s helped she and her husband pay off the house that they had just bought in Melbourne.

Dalton was a finalist at the inaugural Houston event in 1970, one of many impressive results to define her tennis resume.

Dalton retired from tennis after the 1977 Australian Open at age 40, and is now the president of Australia’s Federation Cup Foundation.