From the elite ranks right through to the grassroots level, the Newcombe Medal Australian Tennis Awards will honour the achievements of the tennis fraternity. 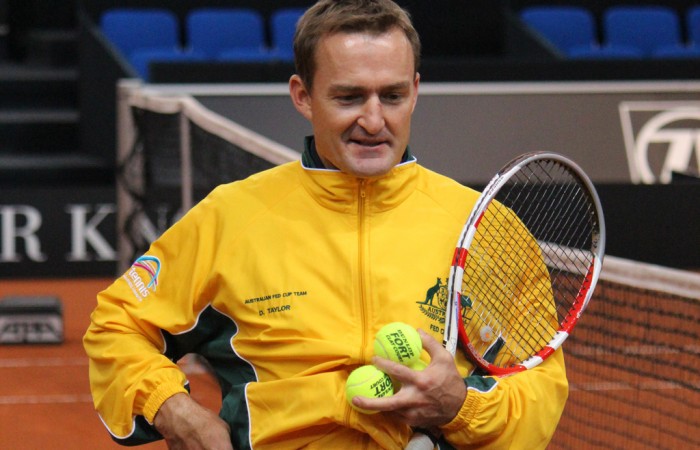 For every Sam Stosur hoisting trophies around the world, there are many more attracting youngsters to the game and facilitating tennis within the community, paving the way for the next Stosur – or fellow Newcombe Medal nominees Lleyton Hewitt, Casey Dellacqua and Marinko Matosevic – to enjoy success on the grandest stage.

The Australian Tennis Awards recognise the performances, achievements and contributions of Australia’s tennis fraternity throughout 2012. And of the 14 awards being presented on the night of Monday 3 December at a glittering ceremony at Melbourne’s Crown Palladium Ballroom, around half honour achievement at the community or grassroots level.

One is the Most Outstanding Tennis Community award, with three organisations vying for the prize. Among them is Waverley Tennis in Victoria, which since its establishment in 1979 has grown from an association of less than 30 clubs to 110 in 2012.

“We run a number of Tennis Australia Australian Money Tournaments and Junior Development Series tournaments, so we’re very proud of our ability to do this. We also run a very active junior development player program which we have running on three nights a week, and we have over 100 children in this program,” he said.

Another nominee in this category is the Elsternwick Park Tennis Centre in inner-Melbourne, the first facility in Victoria to have dedicated mini-courts constructed for the MLC Tennis Hot Shots program. Centre manager Peter Owen says that Elsternwick Park has been taking advantage of the full range of Tennis Australia programs designed to attract people of all ages to the sport.

“Cardio Tennis has been fantastic, that’s a huge part of our program here … our coach was recently announced as having the most Cardio Tennis participants in Australia, which is wonderful,” he said.

“Of all the awards there I think this is the one I really rate because to me that’s what tennis is all about, it’s about creating a community … we love people playing tennis and being involved at the sport at all levels.”

From the grassroots level, some especially talented players emerge to become threats at the elite level. This is the case for Ashleigh Barty and Luke Saville, respectively nominated for the Female and Male Junior Athlete of the Year awards.

The ambitious pair, who both began playing tennis at age five before going on to capture the girls’ and boys’ titles at Wimbledon in 2011, will aim to win the award for the second – or in Barty’s case, third – year running.

“Being nominated is a huge honour and privilege to be recognised as one of Australia’s best 18-and under-players … I feel like I’ve had a great year and it would really top off a great year for me,” Saville said.

“(Going forward) my plans are hopefully playing Davis Cup in the near future. I love the team atmosphere and environment. I won the Junior Davis Cup two years ago, so if I got to play Davis Cup it would be an amazing experience. And to hopefully play in the main draw of the Australian Open would be probably be one of the biggest thrills in my life.”

Helping to get Saville and Barty on the path to glory is Australia’s healthy stocks of qualified and respected coaches. Many of these will be recognised on the night of the Australian Tennis Awards, with awards presented for coaching excellence at MLC Tennis Hot Shots, club and high performance levels.

One of these is David Taylor, nominated in the High Performance coaching category alongside Josh Eagle and Des Tyson.

Taylor, coach of current world No.9 Stosur and captain of Australia’s Fed Cup team – which in 2012 won its way through to the World Group – says an occasion such as the Newcombe Medal was a timely celebration of the positive work being done to advance tennis in the country.

“It’s a privilege to be nominated (and) I think it’s a good thing that we all reflect sometimes on some of the better things we do, because often people point out some of the not-so-good things we do,” he explained.

“Tennis is a sport for a lifetime, and (there are many) skills you’ll learn. Not many sports you can play when you’re six and when you’re 60, but tennis is one of those sports. It’s given me so many things – I couldn’t have asked for a better life and tennis has been a big part of that.”