The 2012 World Tennis Challenge has been announced as the 2012 Sport SA Event of the Year at the KPMG Celebration of South Australian Sport. 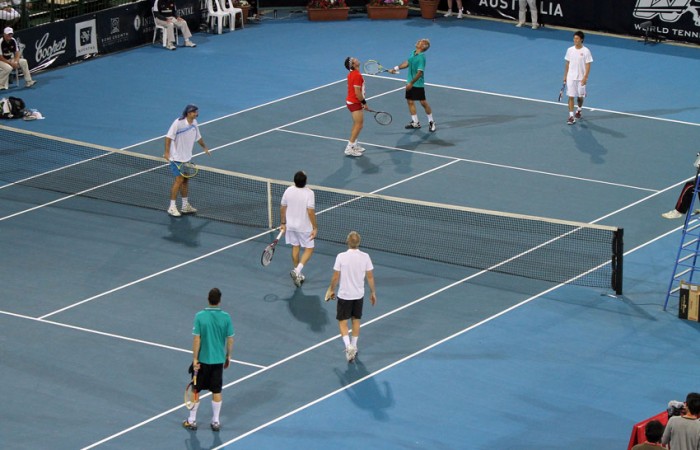 The 2012 World Tennis Challenge held at Memorial Drive has been announced as the 2012 Sport SA Event of the Year at the KPMG Celebration of South Australian Sport.

The community engagement arm of the event – the ‘Be Active Challenge’ – continued to grow, with over 2,000 people playing across the 10 days at Memorial Drive in January.

“The 2012 event was a big year for us bringing big personalities to Adelaide for not only the South Australian crowds to enjoy, but also the viewers at home via the Fox Sports broadcast and international audience via Eurosport.”

The 2012 World Tennis Challenge drew 15,500 spectators during the event, as well as injecting an estimated $4.2 million into the South Australian tourism industry.

The KPMG Celebration of South Australian Sport was held at Adelaide Entertainment Centre on 23 November 2012, and evening which honoured those who have made an outstanding contribution to sport in South Australia as individual or team athletes, coaches, administrators and volunteers from both metropolitan and regional areas of South Australia.

The 2013 edition of the World Tennis Challenge will take place at Memorial Drive Tennis Centre, Adelaide, on 8-10 January 2013.

Tickets can be purchased online at Ticketek or by calling 13 28 49. Further tournament information can be found at www.worldtennischallenge.com.