Navratilova, Hingis to play in Adelaide 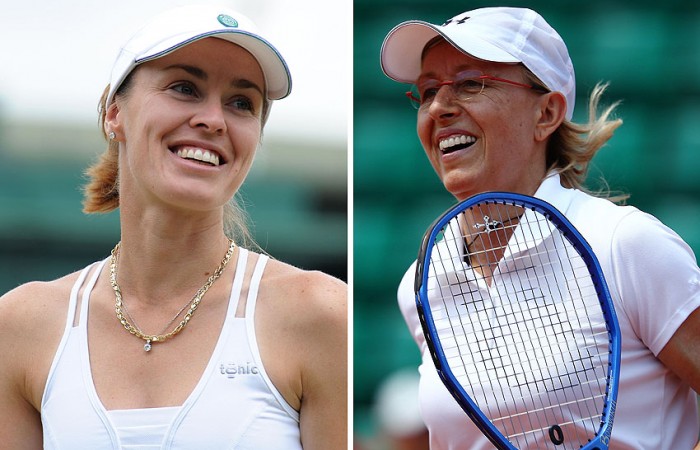 The WTC has previously had an all men’s draw with four players on the ATP circuit teaming up with four legends of the game, playing in teams in a combination of singles and doubles matches across two courts.

Announcing the participation of retired greats Navratilova and Hingis, WTC co-tournament director Mark Woodforde said it was time for the format to change.

“Showcasing the greatest tennis legends at Memorial Drive has always been an aim of the World Tennis Challenge and with the event’s popularity growing, it was the perfect time to introduce female legends as we celebrate our fifth year in 2013,” Woodforde said.

Navratilova, a 18-time grand slam winner, was honoured to be among the tournament’s first female participants.

“It’s such a unique concept – I’m really looking forward to it,” said Navratilova.

The introduction of women means the format will change to ensure spectators have a chance to watch Navratilova and Hingis play on court each night.