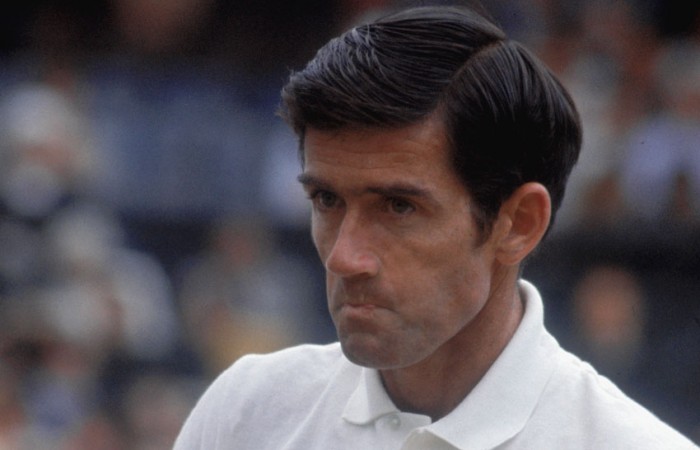 Ken Rosewall’s biography Muscles aims to take readers on a journey through a relatively-unknown era in which a handful of the world’s best players travelled the world promoting the fledgling professional game that current fans now know and love.

Telling this story was one of Rosewall’s goals when approached by author Richard Naughton to write the biography, one which details how the 170cm-tall Sydneysider left his place in the amateur game – which reaped four Grand Slam singles titles and four Davis Cup triumphs – to pursue the hard life of a renegade professional.

Rosewall turned pro in 1957, a decision which in those days meant a player was banned from contesting Grand Slam tournaments and the Davis Cup.

“I thought that my best advantage to make my future life a bit more financially secure was to turn professional with Jack Kramer (who promoted the pro tour),” he explained.

“There are different things (in the book), and hopefully there’s a lot of things that people will learn about what happened in the earlier pro tennis days, the difficulties at that time, and then the early days of Open tennis. I think (up until now) a lot of that wasn’t really known by tennis fans.”

Those early days of pro tennis Rosewall refers to saw him and a small group of fellow players submit themselves to a gruelling schedule of world travel to promote the pro game.

In his first year as a professional he took on the veteran Pancho Gonzalez, the pair playing out 100 matches over the season and travelling from city to city between each match, colloquially known as “one night stands”.

The battles with Gonzalez took him throughout Australia, the United States and Europe, with their schedule in the US especially arduous – Rosewall recounts a time driving from one match in Canada in a van to their next stop in Colorado, a trip which took almost three days.

Given many national associations banned professional players from using their facilities, Rosewall and co. found themselves playing in all manner of venues, including velodromes, halls, and even freezing ice-rinks with canvas laid down and stretched out over the ice to form the playing surface.

Despite the hard life of a travelling pro, Rosewall said he would take the same route if he had to do it all again.

“There was a lot of opposition. We were not supported that much by tennis officials around the world, so it was a pretty hard slog,” he reflected.

“(You) had to be prepared to play a lot of tennis, and that’s what you had to do if you were one of the top players to keep the pro game going in those years, you had to try and be available for most of the biggest events and tours.

“We wondered if it was going to be worth it, but at the end when Open tennis was brought in … we had lasted long enough for that to be adopted.”

As more and more of the world’s best players turned pro, talent within the pro ranks significantly outshined that which remained in amateur game. Several tournaments in 1968 made the decision to go “open”, which allowed amateurs and professionals to compete in the one event.

Wimbledon, notably, had hosted a Pro event in the August of 1967, less than a year before it threw open its gates for professionals to enter the Championships.

Rosewall said the feeling of returning to the All England Club was particularly special.

Muscles is available at all good book stores for the recommended retail price of $39.95. Alternatively, you can get your copy through slatterymedia.com.