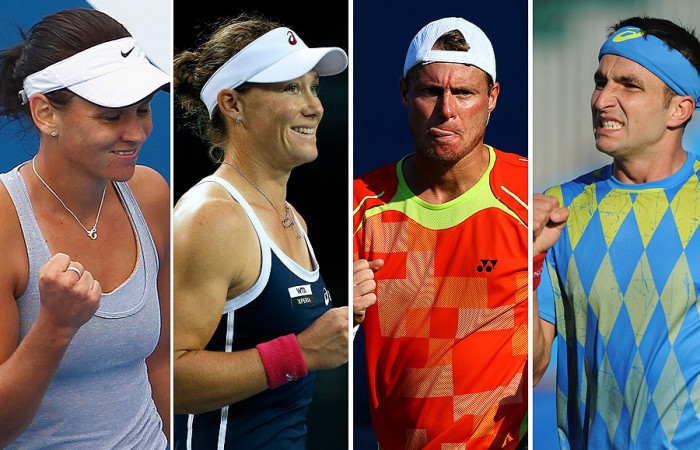 World No.9 Samantha Stosur and Australia’s new No.1 male Marinko Matosevic, along with Lleyton Hewitt and Casey Dellacqua have today been announced as nominees for the Newcombe Medal, awarded annually to Australia’s most outstanding tennis player.

“As well as honouring Australia’s top player at the Newcombe Medal we look forward to recognising the outstanding contributions made by communities, coaches, clubs and schools around Australia,” Tennis Australia’s Director of Tennis Craig Tiley said.

“This is a tremendous opportunity for the tennis community at all levels to come together to celebrate the achievements in our sport.”

The full list of awards and finalists are as follows: