Doping in tennis: an examination

With certain sports such as cycling shrouded in doping controversy, tennis is aiming to remain accountable and promote a clean culture within its ranks. 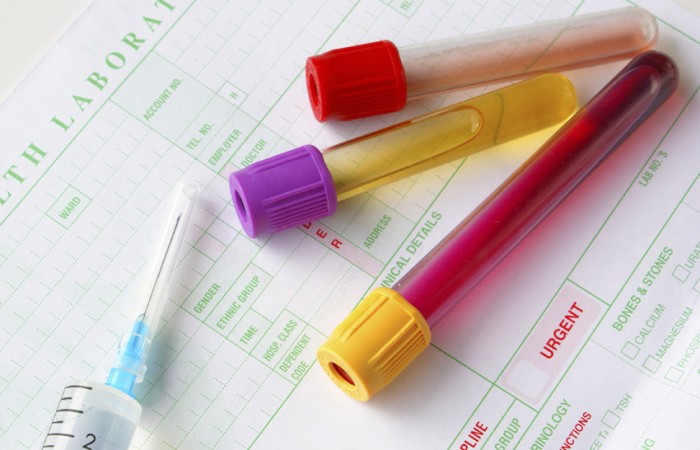 The Lance Armstrong doping saga has plunged the already-embattled sport of cycling into almost complete disrepair. It’s the latest and most damning in a long line of cheating controversies that have exposed a pervasive doping culture within the sport, spreading throughout the ranks and beyond the peloton itself and casting a black mark over all significant race results in recent memory.

The sensational drama being played out – Armstrong’s cycling life ban and erased Tour de France victories, admonishment of the International Cycling Union, sponsors leaving Armstrong in droves – will undoubtedly force other sports to examine themselves and their anti-doping processes. This has already begun in tennis, by way of an investigative piece published by USA Today.

Although doping in tennis has certainly not come close to the prevalence of that in cycling, athletics and certain other sports, Doug Robson writes that there have been 37 doping-related cases recorded in the past decade, most famously those of 2005 French Open finalist Mariano Puerta and American Wayne Odesnik, mired in human-growth-hormone controversy.

In 2011, 2,150 drug tests were carried out under the International Tennis Federation’s (ITF) anti-doping program. Yet only 216 of these were conducted out of competition, including just 21 blood tests. Former World Anti-Doping Agency (WADA) head Dick Pound is quoted in Robson’s article as saying this level of out-of-competition testing is “very small”. This may be due to the fact the ITF’s budget for drug testing is reportedly just $1.6 million.

The cycling doping saga has unearthed revelations that will potentially raise concerns within tennis circles. Cyclists were alleged to have used hyperbaric chambers to mask the presence of EPO in their blood, the same device that some tennis players – most notably Novak Djokovic in 2011 – have admitted to using. Dr Luis Garcia del Moral, a Spanish sports medicine practitioner whom USADA also handed a life-ban from cycling for his prominent role in the doping affair, has ties to a Valencia academy at which Sara Errani, David Ferrer, Marat Safin and Dinara Safina have trained. The ITF published a media release condemning Garcia del Moral and warning players to be careful of from whom they seek medical advice and treatment.

By no means does this indicate the aforementioned players are guilty of doping. Yet as Sports Illustrated’s Courtney Nguyen notes, these revelations “don’t mean nothing either. The Armstrong report puts every sport under the microscope.” James Blake added during the US Open: “I’ve got to believe it’s a level playing field, but I also am realistic with this much money involved, $1.9 million for the winner of the US Open, people will try to find a way to get ahead. It’s unfortunate, but I hope tennis is doing the best job of trying to catch those guys trying to beat the system.”

He says that unlike other sports, tennis’ anti-doping program has a high degree of accountability.

“The results [of tests] don’t come directly back to tennis. A lot of people say that tennis can just control the testing. But it can’t. The tests go to a laboratory … the ATP or WTA at one of their tournaments would be notified, but [the result] also goes back to WADA. The ATP, for example, can’t get it and say ‘Oh it’s Roger, we’ll put it in the draw’. WADA know. And they will act,” he said.

“I think it’s important that there’s some recognition of this, because I think this is where the Australian Football League, for example, gets it wrong here. They’re the body that controls it [testing]. There isn’t an outside body that knows what the testing results are … Tennis is as transparent as any sport in the world.”

The ITF have gone to great lengths to ensure this accountability, its anti-doping processes outlined in detail on its website. Resources include a 270-page handbook that covers all aspects of the program, this information condensed into a wallet-card for players to carry with them at all times. Also available is a downloadable prohibited substances list, a guide to the “Whereabouts Rule”, and information on Therapeutic Use Exemption (TUE) medications.

Tennis Australia attempts to make sense of these complicated processes for emerging players during the annual December Showdown at Melbourne Park. Juniors attend a seminar that explains to them the importance of being familiar with substances on the banned list, knowing exactly what they’re putting into their bodies and where it has come from, and being accountable for their whereabouts for out-of-competition testing purposes, something that a few years ago tripped up Belgian players Yanina Wickmayer and Xavier Malisse (their one-year bans for failing to properly inform the authorities of their whereabouts were lifted on appeal).

“It’s about explaining the protocols of what is expected when you become a professional athlete,” Woodbridge said.

“The actual list of banned substances continues to change quite often, so you need to be brought up to date on that probably every six months … You need to learn about TUEs, such as if you’re an asthmatic and you need to take an inhaler. You can do that but you need to have a doctor’s certificate and proof and everything like that documented. There are just so many intricacies that could bring you undone accidentally.”

Tennis must be commended for its transparent system, and the efforts being made to ensure a clean competitive culture within the sport. ITF president Francesco Ricci Bitti, who also sits on WADA’s executive committee, was quoted in the USA Today article as saying tennis was a leader in world sport with regard to its anti-doping measures.

Tennis fans can also take comfort from the fact that doping is almost completely useless for enhancing certain factors necessary for success at the top level, such as mental strength and belief, on-court strategy, and biomechanics and technique. This separates tennis from sports such as cycling and athletics, where endurance, muscle power and recovery are paramount, and arguably why doping has flourished in these arenas.

Woodbridge says that testing in tennis is so rigorous that it borders on the inconvenient.

“As an athlete it’s an intrusion into your daily environment. It’s hard to plan for, you have to give up time to people you don’t know who are going to knock on your door at any hour of the day or night … You could be out to dinner, at a family function, you could be in bed asleep at six o’clock in the morning. And that can throw your whole planning out for an entire tournament or your training,” he said.

“[Yet] It’s a necessary evil in the world of sport … You’d rather have it knowing that you’re a clean athlete doing everything you can possibly can by training, eating, rehabbing and everything that goes with being a professional athlete. If you do it naturally, and someone beats you because they’ve not done it that way, [to try and prevent that] I’d much rather have the testing.”