Tomic, Verdasco, Isner, Gasquet and Monfils sign up for Sydney 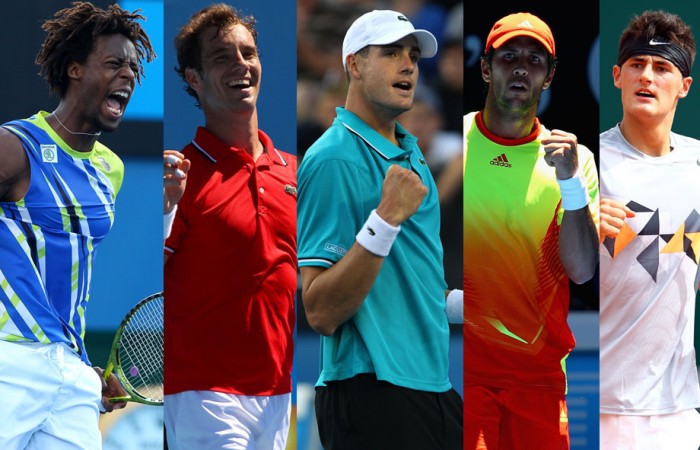 Tournament Director Craig Watson is excited to have such a strong contingent of global stars sign on early for the Sydney event. They join world No.7 Jo-Wilfried Tsonga to confirm their attendance at the January 6 to 12 event.

“We have attracted some of the biggest personalities on tour to play in Sydney in 2013,” Watson said. “The line-up announced today is brimming with charisma and I believe we will all witness some extraordinary and very exciting tennis action in January.

“I am also delighted Sam Stosur and Bernard [Tomic] are confirmed. Having Australia’s top players in competition ensures Sydney tennis fans have the opportunity to cheer on our national stars as they try to clinch the  title on home soil.”

Tomic is looking forward to making his final Australian Open preparations in Sydney for the second time.

“Sydney is a great tournament to play and provides the last chance to finetune your game before the Australian Open. If I can play well in Sydney it’s going to be a good warm-up for Melbourne,” Tomic said.

One of the most dynamic  players on the men’s tour, Fernando Verdasco returns for his fifth shot at the Sydney title at what will be his first visit since 2008. The 28-year-old Spaniard packs a punch with a left-handed game that has seen him win five ATP World Tour singles titles and achieve a career high No.7 ranking in 2009.

“Sydney is a great city and I always enjoy when I play there,” Verdasco said. “There are many good players and the level is always really high. It’s perfect to play there to get ready for the Australian Open.”

Adding to the star power is world No.11 John Isner, making his  third appearance in Sydney after enjoying the best year of his career. The American No.1 won titles at Winston-Salem and Newport and reached the finals in Indian Wells and Houston.

World No.13 Richard Gasquet looks forward to returning to the Apia International Sydney for the eighth time.  The 2008 doubles winner – with countryman Tsonga – reached the last 16 at all four Grand Slams in 2012 and took the title in Bangkok.

Fellow Frenchman Gael Monfils will head to Sydney for the first time. The four-time ATP winner is nicknamed “Sliderman” for his acrobatic court movement and flamboyant playing style.

This exciting line-up of  men’s talent adds to  one of the strongest and most entertaining fields ever assembled for Sydney.