The first British female finalist at a WTA event since 1990, Laura Robson went down in three sets in the Guangzhou International final to Su-Wei Hsieh. 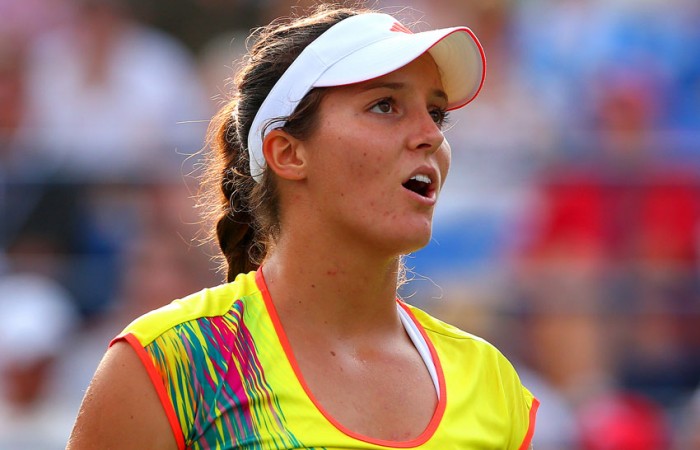 Robson, the world No.74, had defeated Chinese second seed Zheng Jie and Romanian third seed Sorana Cirstea on her way to becoming the first British woman to reach a main tour final since 1990.

But in her attempt to follow up her Olympic mixed doubles silver with compatriot Andy Murray by taking her first senior tour title, she fell just short.

She broke early on in the first set but her opponent hit back with a run of games to take a 5-2 lead, and Robson committed three double faults before finally holding serve in the eighth game. Hsieh wrapped up the set in 49 minutes.

At first it was a similar story in the second set, with Robson breaking first but the 26-year-old Taiwanese, the world No.53, again hitting back with two breaks of her own.

The left-handed Robson looked to be on the ropes but fought long and hard to hold serve in the ninth game, saving several championship points.

She then won the next three games, including two breaks, to finally take the set 7-5 after a one hour, seven minute struggle and send the match into a decider.

A brief suspension for hot conditions did little to dispel Robson’s new-found momentum, and yet again she broke first, building up a 3-0 lead only for the Taiwanese to break back twice and draw ahead, an advantage she never surrendered.

Nonetheless, British tennis appears to be in a historic purple patch, with Murray’s triumph at the US Open earlier this month making him the first men’s winner of a grand slam tournament in 76 years.

Reaching the final in Guangzhou was a landmark in a superb season for Australian-born Robson, who also made an impressive run to the last 16 of the US Open, beating Kim Clijsters and Li Na in that tournament.

The teenager became British No.1 earlier this week and is the youngest player in the WTA top 100 rankings.

She was the first British woman to contest a WTA tour singles final since Jo Durie at the Virginia Slims of Newport tournament in the US, 22 years ago.

Sara Gomer was the last Briton to win a WTA singles title, taking the Northern California Open in 1988.