Serena Williams has produced a spirited fightback to defeat world No.1 Victoria Azarenka in a thrilling final to clinch her fourth US Open crown. 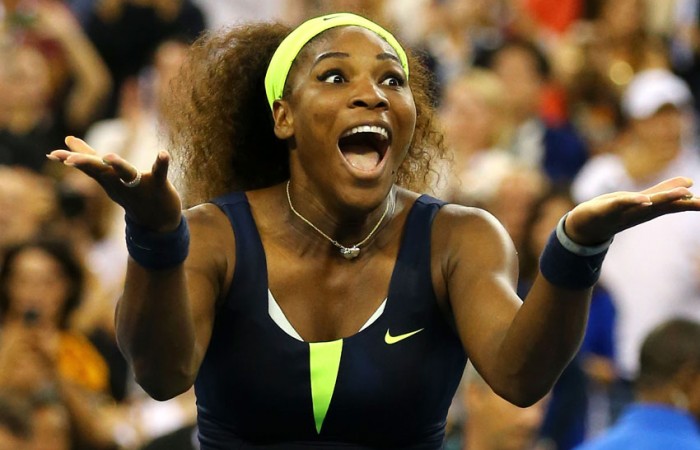 Serena Williams has produced a spirited fightback to defeat world No.1 Victoria Azarenka in a thrilling final to clinch her fourth US Open crown and complete a magic summer treble.

In the first women’s championship decider to go the distance at Flushing Meadows in 17 years, Williams twice rallied from a service break down in the tense final set to prevail 6-2 2-6 7-5 in two hours and 18 minutes on Sunday.

The 30-year-old joins older sister Venus and German great Steffi Graf as the only women in history to win Wimbledon, Olympic gold and the US Open in the same season.

The hard-fought victory, Williams’ 10th in 11 meetings with Azarenka, earned the American a 15th career major – one more than her childhood idol and countryman Pete Sampras – as she continues to edge towards Australian Margaret Smith’s all-time record 24.

Apart from Smith, Williams only trails Graf (22), Helen Wills Moody (19), Martina Navratilova (18) and Chris Evert (18) and has no plans of ending her relentless pursuit any time soon.

Williams endured a two-year major title drought before collecting her fifth Wimbledon trophy in July, after lacerating her foot celebrating her 2010 success at the All England Club and then suffering a pulmonary embolism last March.

But the former world No.1 has returned to her rampant best during a spectacular 2012.

Williams has now won 43 of 45 matches since April, picking up six titles along the way, with her only defeats a shock first-round loss to Virginie Razzano at the French Open and a quarter-final slip-up against Angelique Kerber last month in Cincinnati.

Champion at Flushing Meadows in 1999, 2002 and 2008, Williams’ latest triumph was particularly sweet after her previous two trips to New York ended less than gracefully.

In the 2009 semi-final against Kim Clijsters, Williams was defaulted on match point after angrily threatening a lineswoman while disputing a foot-fault call against her.

And in last year’s dramatic final loss to Sam Stosur, Williams erupted at Greek chair umpire Eva Asderaki after being penalised a point for celebrating during a rally under the sport’s hindrance rule.

Before Monday’s final against Azarenka, Williams admitted it was her aim to keep her nose clean on the big stage this time around.

She managed to do just that in a steely display full of grit and determination.

After being blown off court in the first set, Azarenka – who ousted Stosur in a third-set tiebreaker in the quarterfinals – served for the match at 5-4 in the the decider.

But the Australian Open champion faltered amid unbearable tension inside Arthur Ashe Stadium.

The reprieve was all Williams needed, the Olympic champion calmly holding her own serve in the 11th game to nudge ahead 6-5 before Azarenka fired a backhand long on match point to drop hers.