Djokovic, Murray to battle for title

Defending champion Novak Djokovic has restored order at the US Open to book a Monday final with Olympic champion Andy Murray. 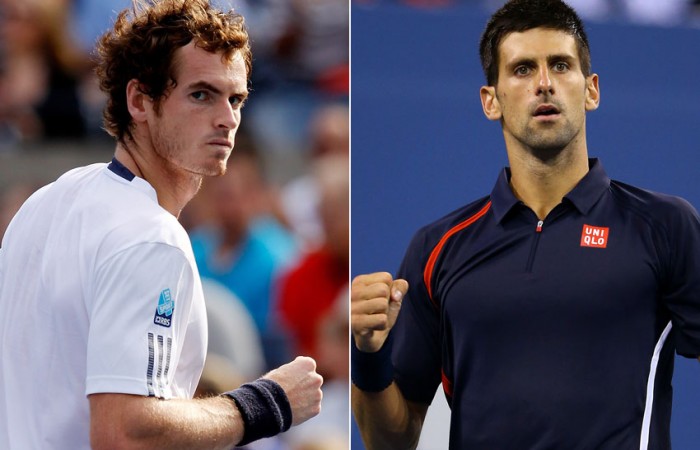 Defending champion Novak Djokovic has restored order at the US Open to book a Monday final with Olympic champion Andy Murray.

After fierce winds and a tornado wrought havoc at Flushing Meadows on Saturday, Djokovic returned on Sunday to complete a 2-6 6-1 6-4 6-2 semifinal victory over Spanish fourth seed David Ferrer.

The Serbian second seed trailed 2-5 upon the resumption but, after dropping the opening set, dominated Ferrer to safely progress to his ninth grand slam final – and third straight in New York.

“It’s definitely a huge relief to get through this match.

“He handled the wind (on Saturday) much better than I did and I came into today as a different player and I’m just just really, really happy to get through to another Grand Slam final.”

Third seed Murray beat Czech sixth seed Tomas Berdych 5-7 6-2 6-1 7-6(7) in his semifinal on Saturday before the wild weather forced the postponement of Djokovic’s match as well as the women’s final between Serena Williams and Victoria Azarenka.

Having already won the US Open Series after taking the title at Toronto Masters and finishing runner-up to Roger Federer in Cincinnati, Djokovic will also collect a $US1 million bonus in addition to the $US1.9 million winner’s cheque if he defeats Murray.

Victory would give the Serb a sixth grand slam title, while Murray is eyeing his first.

Murray and his coach Ivan Lendl are the only two men in history to have lost their first four major finals.

Murray, exactly one week older than Djokovic, lost at the 2008 US Open, 2010 Australian Open and this year at Wimbledon to Federer and fell to Djokovic at Melbourne Park last year.

“Look, it’s the finals of a grand slam. I don’t think there is any clear favourite,” Djokovic said. “He’s looking for his first grand slam title. I’m sure he’s going to be very motivated.”

Indeed the Scot is drawing confidence from his last-up victory over Djokovic at the London Games and five-set semifinal near-miss against the world No.2 in Melbourne in January.

“I handled a big match against him well in Australia this year,” Murray said.

“It was a great match. I think both of us played very well. It came down to a couple of points. I know how much the Olympics meant to all of the players and winning against him in the Olympic semifinal was a big win for me.

“I know how tough it is to beat the top, top players in big matches. I have had some tough losses against him, but also had some big highs against him as well.”

Murray is guaranteed to leapfrog the injured Nadal into third spot in the rankings after making the final and is once more striving to become Britain’s first Grand Slam men’s singles champion since Fred Perry in 1936.