Sydney’s Matthew Barton has won his first ITF singles title at the Alice Springs Tennis International, while Melburnian Olivia Rogowska claimed her second for the year in Rockhampton. 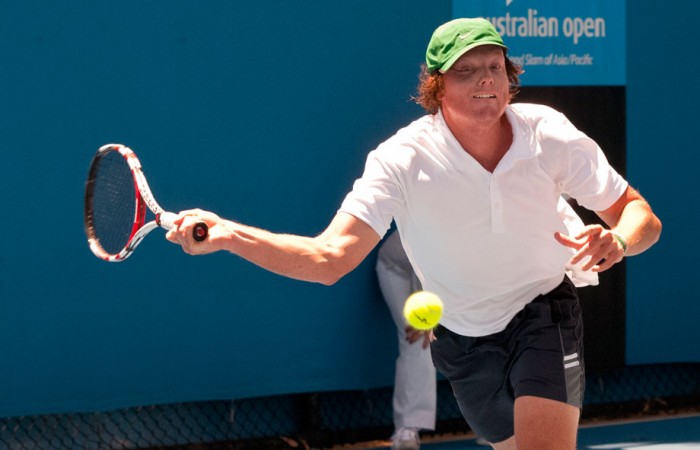 Sydney’s Matthew Barton has won his first ITF singles title at the Alice Springs Tennis International, while Melburnian Olivia Rogowska claimed her second for the year in Rockhampton.

It was a hallmark win for 20-year-old Barton who defeated top seed Sam Groth (Templestowe, Vic) in blazing fashion to take the men’s championship 7-6(3) 6-3.

“I’m really happy. It’s my first title and I played a great match. Hopefully there are bigger things to come in the future,” said an elated Barton after his victory.

“I saved a set point early in the first set. I was 5-4 down, serving and I managed to hit an ace. I just took confidence from that into the tiebreaker and took my opportunities when they came.

“In the second set, Sam was up a break and I managed to rattle off five straight games. He’s got the world’s fastest serve so I hung in there and battled hard,” added Barton.

It’s a convincing result for the world No.494, who leading into the match trailed the No.256 ranked Groth 0-2 in their head-to-head count. The right-hander seems to be coming into some form as we move towards the Australian summer after already posting some positive results on the Asian Futures circuit earlier this year.

On Friday, New South Welshmen Adam Feeney (Gosford, NSW) and Nick Lindahl (NSW) also experienced victory in the Northern Territory when they won their second ITF doubles title in a row over Groth and New Zealand’s Michael Venus, 4-6 6-2 [10-8]. The pair turned around a 0-5 deficit in the tiebreaker to win 10 of the next 13 points to secure the match.

In Queensland, Rogowska continued to assert her ascendancy on the Australian Pro Tour when she took out the women’s title at the Rockhampton Tennis International over compatriot and Cairns champion Sacha Jones.

Rogowska cruised through the draw before recovering from a first-set loss to claim the final in three sets 0-6 6-3 6-2.

“Sacha started off really well and I probably started a bit slow. In the second set I just stayed positive and calm and it definitely paid off. I’m really pleased,” said Rogowska post match.

“I knew it was going to be tough, Sacha’s been playing extremely well over the last couple of weeks.”

The win is Rogowska’s second ITF title for 2012 after she won in Burnie in February, and her seventh career title to date.

The victory tops off a whirlwind couple of months for the 21-year-old who has just returned to Australia after competing in the United States.