UPDATE 2:30pm: Aussie juniors Nick Kyrgios and Jordan Thompson will take to the courts for singles and doubles at Flushing Meadows on Day 10. 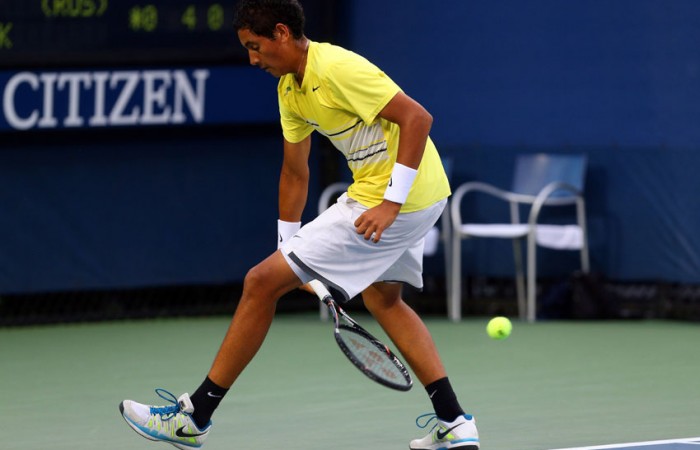 Aussie juniors Nick Kyrgios and Jordan Thompson will play a packed schedule on Day 10 of the US Open, after rain wreaked havoc with the order of play on Tuesday.

The pair will play their second round matches in the boys’ event – each taking on an American – before backing that up by combining in first round boys’ doubles action.

They are the only Aussies left in any of the events at Flushing Meadows after Sam Stosur lost a thrilling quarterfinal against top seed Victoria Azarenka on Tuesday on Arthur Ashe Stadium.

With the backlogged schedule on Day 10 comes a raft of big names taking to the courts to either complete or begin matches at Flushing Meadows.

This includes star-studded clashes between Andy Roddick and Juan Martin Del Potro, Serena Williams and Ana Ivanovic, and Roger Federer and Tomas Berdych. Also in action will be Maria Sharapova and Novak Djokovic.

Catch all of the live action from Day 10 of the US Open on Fox Sports 3HD, with the telecast beginning at 1am AEST on Thursday. For more information, please see out TV Guide.

Aussies in action on Day 10