Aussies in action: Stosur first up on Day 9

Sam Stosur will face the toughest test of her title defence to date when she takes on Victoria Azarenka in the quarterfinals of the 2012 US Open. 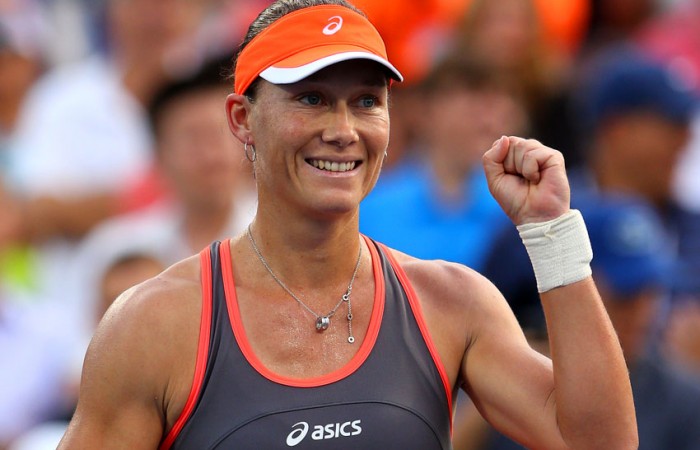 Sam Stosur will face the toughest test of her US Open title defence to date when she takes on Victoria Azarenka in the quarterfinals of the 2012 US Open.

Stosur and Azarenka will meet in the first match of the day on Arthur Ashe Stadium, during which you can keep track of Stosur’s progress by following Tennis Australia’s @TennisAustralia Twitter handle.

The match is the first of an action-packed Day 9 at Flushing Meadows that also features Maria Sharapova taking on Marion Bartoli in another women’s quarterfinal and the blockbuster men’s fourth round night match between Andy Roddick and Juan Martin del Potro.

Stosur has never before beaten Azarenka, but comes into the match having won 15 of her past 16 matches in New York and with her serve firing on all cylinders.

As Stosur attempts to improve on her record against the world No.1, our junior boys will take to the court in the first round of the boys’ doubles event.

Nick Kyrgios and Jordan Thompson – both first round winners in the boys’ singles – will pair up to take on French duo Enzo Couacaud and Quentin Halys.

You can watch Stosur in action thanks to Fox Sports 3HD’s live coverage of Day 9 from the US Open, commencing at 1am AEST on Wednesday. See our TV Guide for more information.