Nick Kyrgios will look to continue his winning ways at junior majors when he plays his opening match in the boys' singles on Day 8 of the US Open. 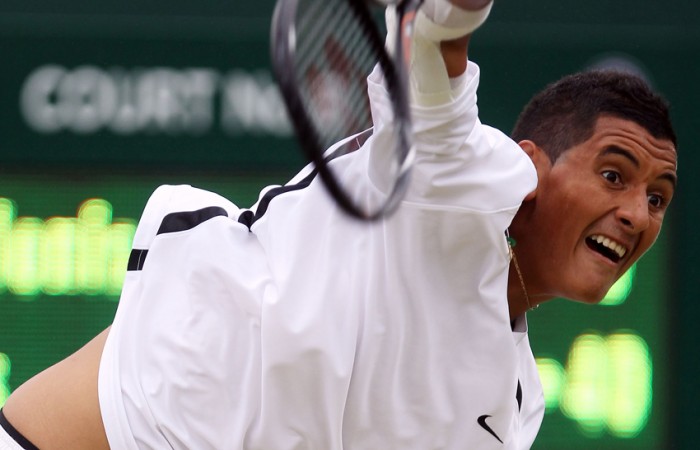 Junior French Open and Wimbledon doubles champion Nick Kyrgios will look to continue his winning ways at junior majors when he plays his opening match in the boys’ singles at Flushing Meadows on Monday.

Kyrgios, the seventh seed, takes on Russian Anton Desyatnik in the first round, and will aim to join fellow Aussie Jordan Thompson in round two.

Also in action will be Anastasia Rodionova, who in partnership with Jean-Julien Rojer has progressed to the quarterfinals of the mixed doubles event and will be gunning for a place in the last four.

The pair take on Russian Ekaterina Makarova (RUS) and Bruno Soares of Brazil.

It’s a star-studded line-up in New York on Day 8 from an international perspective, with Ana Ivanovic, Serena Williams and Roger Federer all taking to the court. The highlight is undoubtedly a feature night match between Andy Murray and hot prospect Milos Raonic of Canada.

Catch Fox Sports 3HD’s live coverage of Day 8 from the US Open, beginning at 1am AEST on Tuesday. For more info, check out our TV Guide.