Roddick says US Open to be last event

UPDATE 10am: Bernard Tomic could end Andy Roddick's tennis career after the American on Thursday revealed the US Open would be his final tournament. 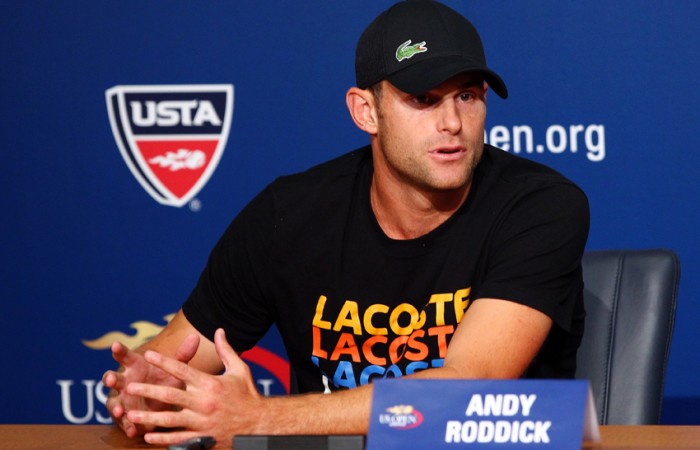 Australian teenager Bernard Tomic has the chance to end Andy Roddick’s tennis career after the American on Thursday revealed the US Open would be his final tournament.

The former world No.1 made the announcement on the day of his 30th birthday.

Roddick won the US Open in 2003 but never managed to add to his Grand Slam collection in an era increasingly dominated by Roger Federer, Rafael Nadal and Novak Djokovic – who have won 29 of the last 30 majors.

“I have decided that this is going to be my last tournament,” said Roddick.

“I feel it is the right time to do it. I have thought about it for a while.

“These other guys have gotten really, really good. I am not interested in just existing on tour as I have other things that excite me outside of tennis. I don’t want to disrespect the game by coasting home.”

Roddick, whose ranking is now down to world No.22, added that he had pondered quitting for a long time.

“I knew it was right time as soon as I played my first-round match here,” added Roddick. “It has been a process, not just days.”

Roddick, who plays his second round match in New York on Friday night against Tomic, was also the 2006 runner-up in New York, losing to Federer.

That last All England Club loss, an epic match which ended 16-14 in the fifth set, was Roddick’s last memorable campaign at Wimbledon.

It is also three years since he got beyond the quarterfinals of a Grand Slam.

Fellow American veteran Serena Williams paid tribute to Roddick in the moments after she had secured her spot in the women’s third round.

“I have known for a while. He told me it might be his last tournament but I was hoping he would change his mind,” said Williams.

“I love him and we all love him here. He’s been amazing for men’s tennis and so exciting to watch. It’s really sad to see another man gone.”

There were signs at Wimbledon this year that the end was near for Roddick.

After suffering a second successive third-round exit at the All England Club, losing 2-6 7-6(8) 6-4 6-3 to Spanish seventh seed David Ferrer, he blew kisses to the Centre Court crowd, waving to all corners.

Roddick, who married model Brooklyn Decker in 2009, missed most of the claycourt season this year with hamstring trouble until he returned just in time for the French Open where he went out in the first round.

Roddick remains the last American man to win a major.

Adding to his burden was being entrusted with leading a new generation of players after multiple Grand Slam winners Andre Agassi and Pete Sampras had left the scene.

“He was the alpha male in our generation, certainly the biggest name by a good distance,” said compatriot Mardy Fish at Wimbledon this year.

“He handled the burden of the press and the pressure and the expectation for 10 years, and there were some guys to come and go as he stayed there. Doesn’t get enough credit for it.

“He finished in the top 10 in the world eight straight years. Pretty amazing.”