The green-and-gold colours will be out in full force around the grounds of Flushing Meadows, with four Aussies in singles action on Day 3 of the US Open. 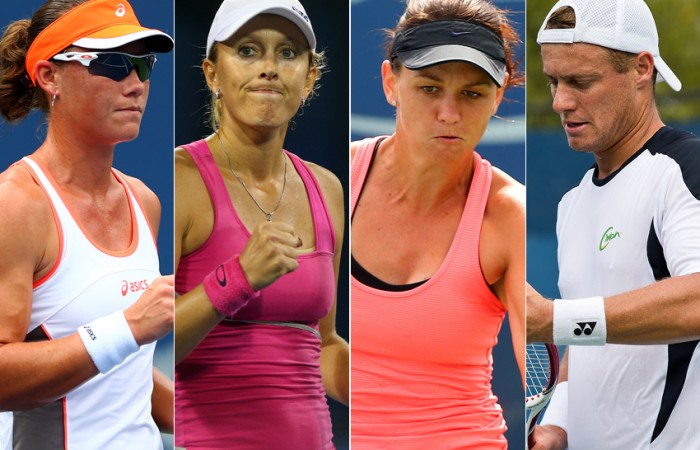 The green-and-gold colours will be out in full force around the grounds of Flushing Meadows, with four Aussies in singles action on Day 3 of the 2012 US Open.

With several of the Aussies playing at the same time on Wednesday, follow Tennis Australia (@TennisAustralia) on Twitter to make sure you keep up with all of the happenings from New York.

Hewitt opens his campaign against German Tobias Kamke, a player ranked No.90. The South Australian will fancy his chances – his form since the beginning of July has been solid, seeing him go 7-3 and slashing his ranking by more than 100 places to its current mark of No.125.

Hewitt will aim to join compatriots Bernard Tomic and Matthew Ebden in the second round.

After a day of rest, Australia’s female trio will attempt to continue their winning ways – Stosur takes on Romania’s Edina Gallovits-Hall, while Rodionova faces a tough yet winnable match with American 31st seed Varvara Lepchenko.

Dellacqua has the toughest task of all the Australians on Day 3, drawn to play Li Na in the midst of the No.9 seed’s hardcourt hot-streak. At the two big Premier events leading into the Open, Li reached the final in Montreal and won Cincinnati.

Stosur and Hewitt’s matches will feature as part of Fox Sports 3HD’s live Day 3 coverage on Thursday from 1am. For more information, see our TV Guide.