Anastasia Rodionova has dismissed Paraguay's Veronica Cepede Royg in the final round of qualifying to advance to the main draw of the 2012 US Open. 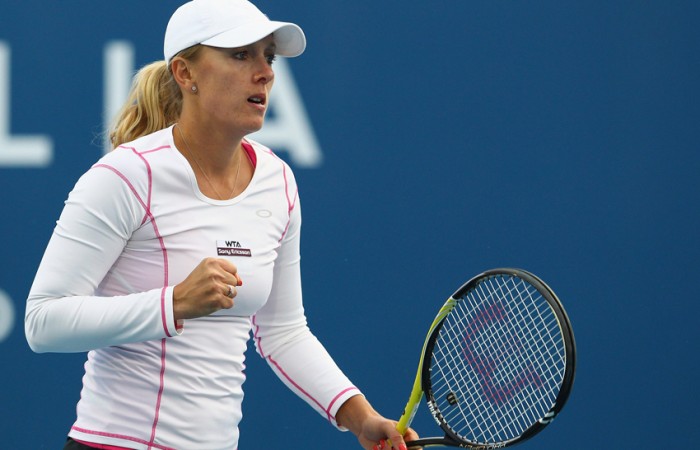 Anastasia Rodionova has routed Paraguay’s Veronica Cepede Royg in the final round of qualifying to advance to the main draw of the 2012 US Open.

The Australian was in devastating form on serve, smacking eight aces on her way to a 6-1 6-2 win. She has dropped just 11 games in three straight-set victories to qualify for this year’s tournament.

Currently ranked No.161, Rodionova played far above that level on Friday at Flushing Meadows, hardly a surprise given she has been a top 100 mainstay for much of the past six seasons.

The Aussie won 83 per cent of points on her first serve and also dominated on the return, creating 17 break point chances and converting seven to complete victory in just 55 minutes.

Cepede Royg, the world No.219, was hurt by seven double faults and won less than half the points behind her first delivery.

This will be the seventh consecutive year Rodionova has played in the main draw in New York. He best result was a run to the third round as a qualifier in 2009.

She takes on American wildcard Julia Cohen in her first round match.