At the US Open draw ceremony on Thursday, Lleyton Hewitt has landed in a wide-open quarter of the men's draw in New York. 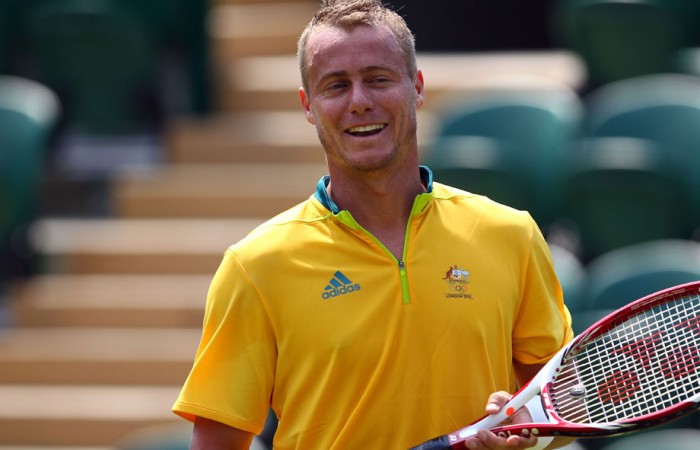 After years of drawing the game’s biggest names early in Grand Slam tournaments, Lleyton Hewitt’s luck may have finally turned for the better.

Hewitt has landed in arguably the most open quarter of the 2012 US Open draw, a section devoid of top three seeds Roger Federer, Novak Djokovic and Andy Murray.

The highest seed Hewitt is projected to face is No.4 David Ferrer in the third round, with the Spaniard taking his place among the top quartet following Rafael Nadal’s withdrawal prior to the tournament.

But first, Hewitt must focus on his first round match against Tobias Kamke of Germany. Hewitt and Kamke, the world No.92, have never before met. Kamke recently returned to the top 100 after a quarterfinal finish at the ATP event in Washington DC.

Should Hewitt win that match, a likely meeting with 28th seed Mikhail Youzhny follows in the second round.

Aussie No.1 Bernard Tomic has also been given a favourable draw, taking on Argentine Carlos Berlocq in his opening match.

Tomic, who has landed in the same half of the draw (bottom) as Hewitt, is projected to meet 20th seed Andy Roddick in the second round.

Yet facing Roddick is possibly not the formidable assignment it once was – the American has been increasingly plagued by injuries and has fallen early at US Open tune-up events in Cincinnati and Winston-Salem.

Tomic, who since hitting North American hardcourts is beginning to rediscover the form that took him to the world’s top 30, could face No.10 seed Juan Monaco in the third round, should he advance to that stage.

The highest seeds in his quarter are No.2 Novak Djokovic and seventh seed Juan Martin del Potro, both US Open champions.

Another Aussie, Marinko Matosevic, has been dealt a tough draw, slotted against No.12 seed Marin Cilic of Croatia.

Compatriot Matthew Ebden has also landed in the same section as Matosevic, a wedge of the draw headed by Cilic and No.5 seed Jo-Wilfried Tsonga.

The Western Australian takes on Tatsuma Ito of Japan in his first match, with the winner to face a likely second round battle with French 32nd seed Jeremy Chardy.

Defending champion Djokovic begins his title defence against Paolo Lorenzi, while all the way up the other end of the draw, world No.1 and top seed Federer will take on American Donald Young, a player who has lost 18 of his past 19 matches.

Of particular interest are stellar first round matches between Argentinians Del Potro and David Nalbandian, and No.6 seed Tomas Berdych against exciting young talent David Goffin of Belgium.

The US Open kicks off on Monday 27 August at the Billie Jean King Tennis Centre in Flushing Meadows, New York.