In this week's Talking Point, we examine the role - and the worth - of wildcards in giving players a shot at tournament glory. 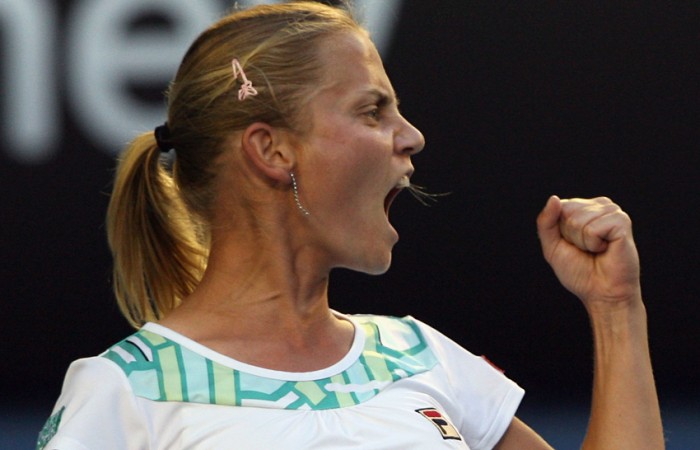 Wildcards: for better or worse?

Last week, the United States Tennis Association (USTA) awarded 16 players a prized place in the main draw of the upcoming US Open through wildcard entries.

The male and female players – including Australians Lleyton Hewitt and Casey Dellacqua (Dellacqua has since moved into the main draw due to withdrawals and this wildcard has subsequently been awarded to Olivia Rogowska) – were all ranked outside the cut-off point that sees players granted direct entry into the field. But rather than have to sweat their way through qualifying, or turn to less glamorous events in lower tier competitions while their contemporaries contest Grand Slam events, they too now get the chance to win a few matches, score big sums of prize money and boost their ranking.

Wildcards are one of the more subjective elements of tennis, their awarding based on factors that are hard to quantify and, sometimes, to justify. Tournaments tend to reserve them for local players, promising or emerging youngsters, those who are likely to attract big crowds, or players on the comeback trail.

There have been several wildcards handed out over time that have proven to be wise decisions. Goran Ivanisevic won Wimbledon in 2001 as a wildcard ranked No.125, finally doing justice to his enormous grasscourt talent and erasing the disappointment of three prior finals defeats at SW19. Kim Clijsters stormed to the 2009 US Open title as an unranked wildcard, incredibly having played just two lead-in tournaments after sitting out for two-and-a-half years to give birth to her first child.

Martina Hingis’s comeback in 2006 was facilitated by unlimited wildcards at tournaments – as long as they were required – and the Swiss took full advantage, racing back up the rankings and finishing the year in the top 10. And who could forget Jelena Dokic’s magical run to the Australian Open quarterfinals in 2009 as a wildcard ranked almost No.200?

None of these stories would have unfolded and captured the public’s attention had wildcards not been in existence, or were not pertinently awarded to such players.

Looking over the USTA’s wildcard selections for the 2012 US Open, it seems a good balance has been struck. Credentialled veterans Hewitt and James Blake are joined by crowd favourites Bethanie Mattek-Sands and Melanie Oudin, the in-form Dellacqua and Rajeev Ram, and promising young locals Jack Sock, Denis Kudla, Dennis Novikov, Nicole Gibbs, Victoria Duval, Mallory Burdette and Julia Cohen. France’s Guillaume Rufin and Kristina Mladenovic round out the list, who, like Hewitt and Dellacqua, were the beneficiaries of reciprocal wildcards between their country’s federation and the USTA.

Yet although there are plenty of reasons to support the continuing provision of wildcards, there are certainly some factors that count against them. Tournament promoters can come under fire from players, fans and tennis media when they award a wildcard to a player not considered to be deserving of one.

A case in point is Marko Djokovic, widely thought to have been given a wildcard into the ATP Dubai tournament simply on the basis of being Novak’s brother, rather than for his encouraging results or promise as a player. This theory was supported when Djokovic, ranked outside the top 850 at the time, crashed out in the first round in straight sets.

Looking at how the majors have played out in 2012, it actually seems beneficial for players to take their place in the main draw via qualifying rather than a wildcard. Wildcard entries collectively gained 21 wins and 47 losses in Melbourne, Paris and London for a winning percentage of .309. During the same period, qualifiers went 49-83, a percentage of .371.

Qualifiers have had to win several matches to take their place in a tournament main draw, a route that provides valuable match practice and a resulting boost in confidence. And there’s always the thought among qualifiers that they deserve their place in the main draw – they’ve literally had to fight tooth-and-nail to get there.

Recognising this, some tennis federations, such as Tennis Australia and the USTA, have introduced play-off events for wildcards at Grand Slam events.

“There are no guarantees with wildcards [into the Australian Open],” tournament director Craig Tiley warned back in 2006, in the early days of the new system. “The only guarantees for Australian players are the wildcards we offer in a play-off or by performance.”

The play-off system has helped foster a culture – similar to that in qualifying – in which wildcards are not expected or considered a right among local players, but instead one where they must work hard and perform well to prove their worth. Although the USTA in 2012 discontinued play-offs among American players for wildcards into the US and French Opens, they still award wildcards based on performance, rewarding the best-performed players at ITF circuit events.

Is a wildcard a blessing for players, or a curse? Do tournaments generally get it right when deciding who to award a free pass into the main draw? Do wildcards enhance the sport by creating exciting stories and moments, or detract from it by promoting a culture of complacency and entitlement?

One thing’s for sure – they certainly generate a buzz come tournament time. And at this year’s US Open, it’s likely to be no different.