Vera Zvonareva, Svetlana Kuznetsova, Flavia Pennetta and Kaia Kanepi have all withdrawn from the US Open, beginning Monday 27 August in New York. 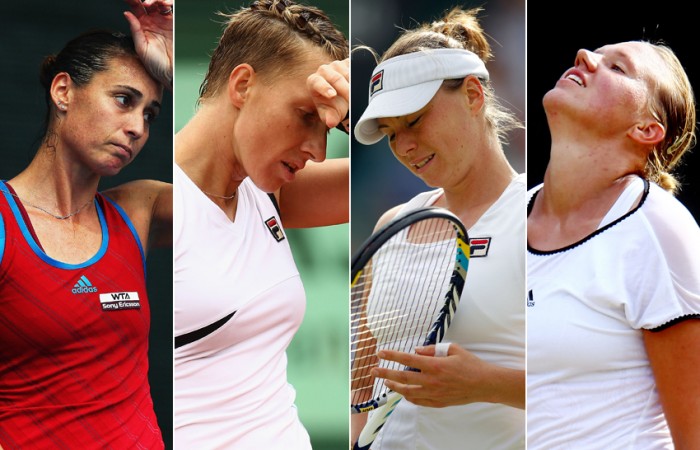 Two-time Grand Slam runner-up Vera Zvonareva has withdrawn from next week’s US Open because of a viral illness.

The news came after it was announced that two-time major champion Svetlana Kuznetsova and top-20 tennis players Kaia Kanepi and Flavia Pennetta had also pulled out.

The US Tennis Association did not give reasons for these three withdrawals on Monday.

Russian Zvonareva lost in the final at Flushing Meadows in 2010 to Kim Clijsters. She retired in her third-round match against Clijsters at Wimbledon this year because of illness, then was routed 6-1 6-0 by Serena Williams in the round of 16 at the Olympics.

This will be the second major tournament missed this year by Zvonareva. She pulled out of the French Open because of a right shoulder injury.

Ranked as high as No.2 in the world in her career, Zvonareva also reached the final at Wimbledon in 2010.

Compatriot Kuznetsova won the 2004 title at Flushing Meadows, and added the 2009 French Open championship. She’s been ranked as high as No.2 but is currently 48th.

The 15th-ranked Kanepi withdrew from Wimbledon and the London Olympics because of a bilateral Achilles injury.

Pennetta of Italy is ranked No.18, and last year upset Maria Sharapova on her way to a quarterfinal finish in New York.

The US Open draw will be made on Thursday, with play to begin next Monday.