Australian No.1 wheelchair tennis player, Ben Weekes will swing his third Paralympics campaign into action when he hits the courts at London 2012 next week 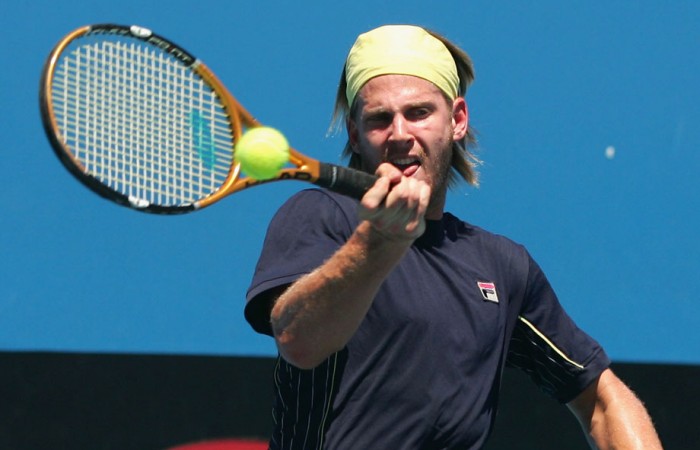 Australian No.1 wheelchair tennis player, Ben Weekes will swing his third Paralympics campaign into action when he hits the courts at London 2012 next week (29 August – 9 September).

“Ben is preparing to ensure he is in the best possible shape for the London Games,” Australian wheelchair coach Greg Crump said.

Leading into London, the young Sydneysider has enjoyed a number of impressive results. Earlier this year he captured a singles and doubles title at the New Zealand Wheelchair Open (8-11 March), and during May he was a member of the Australian outfit that finished fifth in the Men’s World Group 2 division at the 2012 BNP Paribas Wheelchair World Team Cup in South Korea (21 – 27 May 2012).

Recently Weekes reached the quarterfinals of the singles competition at the 25th Austrian Open (8 Aug – 12 Aug 2012) and teamed up with Adam Kellerman (St Ives, NSW), Paralympic doubles partner, to reach the final of the doubles.

Twenty-seven-year-old Ben, who sustained paraplegia as a result of a blood clot in his spine, will be joined in the Australian wheelchair tennis team by Daniela Di Toro (Thornbury, Vic), who is set to make her fifth Paralympic appearance, and debutants Kellerman and Janel Manns (Port Macquarie, NSW).

“We have a good mix of experience on this team, with half heading to their first Paralympics while Ben Weekes and Dani Di Toro have remained in top form in order to have another bite at the cherry,” said Australian Paralympic Committee CEO and 2012 Team Chef de Mission, Jason Hellwig.

To date, Ben, who trains out of Sydney Olympic Park under Craig Purcell, states that his career highlights include a fourth place finish at the 2004 World Team Cup and second place at the 2002 Junior World Team Cup.

At London 2012 the right-hander will be vying for medals in the singles and doubles events. He will pair with fellow New South Welshman Kellerman to contest the doubles.

“Australia hasn’t won a gold medal in tennis since David Hall in Sydney and we would really love to see another gold won by an Australian,” Hellwig said.