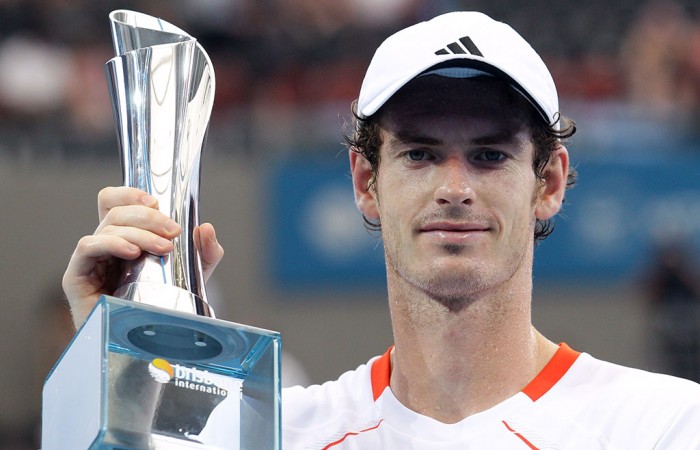 The World No. 4 is the first player to be announced for the 2013 tournament, hot off his historic Olympic Games gold medal win over current World No. 1 Roger Federer.

“I really enjoyed playing the Brisbane International for the first time this January, and claiming the title was great preparation leading into the Australian Open,” Murray said.

“Brisbane attracts a tough draw with a lot of top players … obviously I want to play as many matches as possible, and if I can, win. Winning always gives you extra confidence and is the perfect start leading into the first Grand Slam of the year.

“The Brisbane International is a fantastic event with great facilities, and I look forward to returning to Queensland to defend my title,” Murray continued.

“Andy is our defending champion, so we are thrilled he has again decided to start his year with us.

“It speaks volumes for Queensland that he values the Brisbane International so highly for his Australian Open preparation.

“His Brisbane win was the start of a stellar year for him, going on to reach the final of Wimbledon and then on to win a memorable Olympic gold medal in front of his home crowd,“ Pearson added.

Throughout his career Murray has captured 22 ATP titles and is currently coached by tennis legend Ivan Lendl.

Minister for Tourism and Major Events, Jann Stuckey, welcomed the news the Scottish champion was returning.

“It is a great coup to have Andy Murray back to defend his Brisbane title. It is another win for Queensland as it strives to cement itself as a major sporting state,” said Ms Stuckey.

“The Brisbane International is a fantastic start to the year for events. Last year’s matches attracted a record 92,802 attendees.

“The Newman Government is proud to support tournaments like this through Events Queensland, as part of our determined strategy to showcase Queensland as Australia’s number one tourism destination.”

In 2012 the ATP recognised the Brisbane International for the best fan experience of any tournament in the ATP International Group, which includes the Middle East, Asia and Pacific regions.

Brisbane International 2013 is presented in association with Events Queensland and will take place at the Queensland Tennis Centre, Brisbane, from 30 December 2012 to 6 January 2013.