Nadal withdraws from US Open

Rafael Nadal has withdrawn from the US Open as he continues his battle with knee tendinitis. 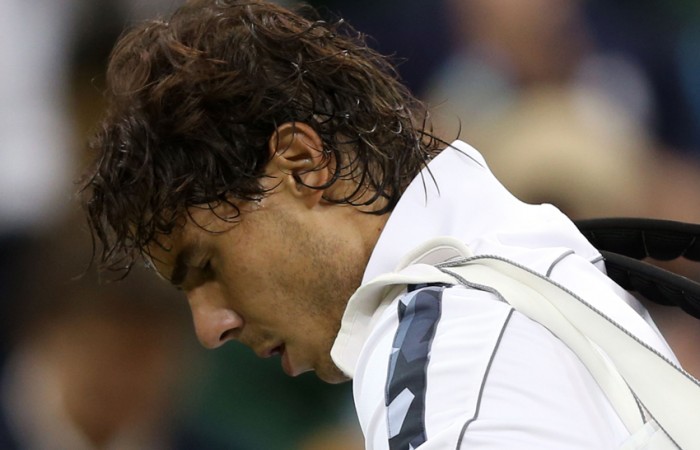 Rafael Nadal has withdrawn from the US Open as he continues his battle with knee tendinitis.

“Rafa has informed us that he will not be ready to compete at the US Open this year and has withdrawn from the tournament,” read a statement from tournament director David Brewer on Wednesday.

“We hope to see him back on the court soon and look forward to his return to New York next year.”

Nadal had been dropping hints for weeks that his condition might not be improving.

The Spanish world No.3 played his last match on 28 June, losing in the Wimbledon second round to Czech Lukas Rosol.

“I am very sad to announce that I am still not ready to play and have to withdraw from this year’s US Open in NYC,” said Nadal.

“I’m sorry since I always found great crowds and great support, but I have to continue with my recoup and preparation to be ready to play in the right conditions. I want to say hi and thanks to all the fans, in particular to the New Yorkers. I’ll miss you all this year at the Open!”

The Spaniard won the title in 2010 and played the final last year against Novak Djokovic.

The US Open, the final Grand Slam of the season, starts on 27 August.