Casey Dellacqua has been awarded a wildcard into the US Open main draw along with seven other women, it was announced on Wednesday. 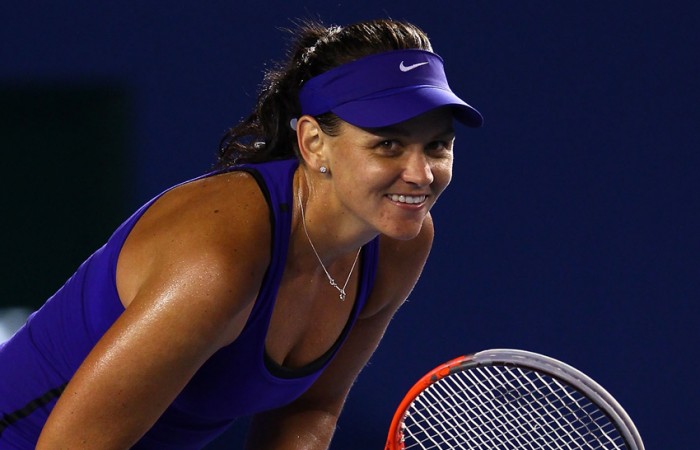 Casey Dellacqua has been awarded a wildcard into the US Open main draw along with seven other women, it was announced on Wednesday.

Dellacqua, the world No.109, was granted the wildcard thanks to a reciprocal arrangement between the United States Tennis Association and Tennis Australia.

“I’m very excited to be playing the US Open and thank Tennis Australia for awarding me the wildcard. I’ve been working really hard and improving all the time, and I’m looking forward to another opportunity to play at a Grand Slam,” said Dellacqua after being told of her wildcard.

The Western Australian was also a wildcard entry into the 2011 US Open.

Her best finish in New York came in 2007, where she enjoyed a run to the second round.

Dellacqua’s preparation for the hardcourt major has been encouraging, with a second round exit at the $50,000 ITF Bronx tournament followed up with successful qualification for the combined ATP/WTA Masters event in Cincinnati.

After falling in the first round of the main draw there, the Australian No.3 now has a week-and-a-half to prepare for her assault on Flushing Meadows, which begins on 27 August.

She joins compatriots Sam Stosur and Jarmila Gajdosova in the US Open women’s main draw.