Australia’s top 14/u girls’ and boys’ teams have fallen in the round-robin stages at the ITF World Junior Tennis Finals in Prostejov, Czech Republic, overnight. 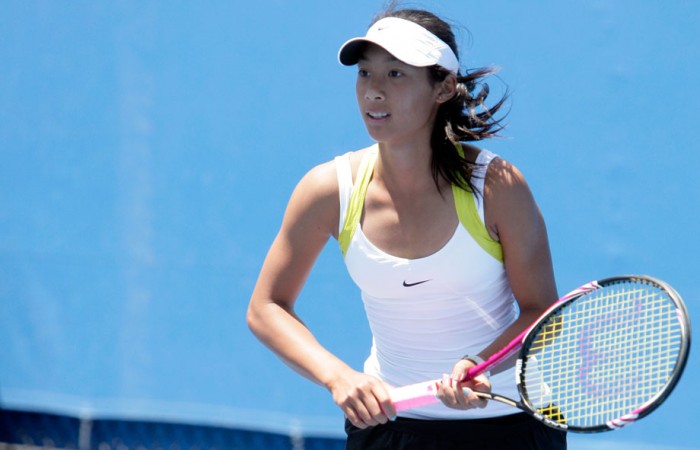 Australia’s top 14/u girls’ and boys’ teams have fallen in the round-robin stages at the ITF World Junior Tennis Finals in Prostejov, Czech Republic, overnight.

The No.3-seeded girls’ team of Priscilla Hon (Rochedale), Sara Tomic (Southport) and Kimberley Birrell (Hope Island), captained by National Academy Brisbane coach Anthony Richardson, fell short in a nailbiter to host nation Czech Republic 1-2 in the third and final round-robin rubber and have not advanced to the semifinals.

With one singles match apiece it was down to Birrell and Hon to carry the flag for the team in the doubles. After the Aussies won the first set, Czech Republic’s Marie Bouzkova and Tereza Kolarova fought back to win the next two and the match 3-6 6-4 6-4 giving the No.5 seeds the tie, top position in Group B and a place in the next round.

Earlier in the week the Aussies had defeated the unseeded Russian team 2-1 before toppling Argentina 3-0 on day two.

The Aussie girls will now play off for fifth position against the top seeded USA team after they went down to Slovak Republic in their final Group A pool match.

The team lost their opening round to No.5 seeds Germany 1-2 and went down to No.4 seeds Brazil 1-2 on the second day of play.

Overnight the team had a convincing win over Mexico 3-0 winning six out of seven sets, but it was not enough. The boys finished in third position with Brazil finishing on top of Group B.

Brazil will progress to the next round and will face top seeds USA while No. 2 seeds Korea will play off against No.6 seeds Japan for a spot in the final.

The Aussies will play off for ninth position against No.8 seeds Great Britain tonight.