Bernard Tomic has scored an impressive straight-set win over 2012 form player Brian Baker, sending him into the third round of the Cincinnati Masters. 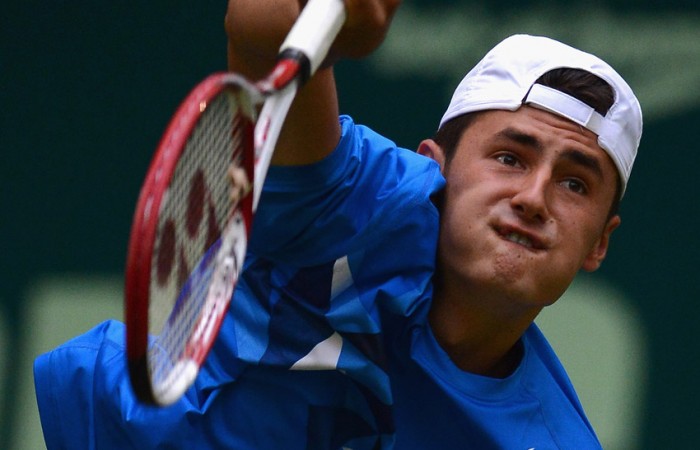 Bernard Tomic’s return to form has continued, with the 19-year-old defeating American upstart Brian Baker in the second round of the Cincinnati Masters event in Ohio.

Federer must first overcome Alex Bogomolov Jr in the second round, in what will be his first match since winning a silver medal in singles at the London 2012 Olympics.

Tomic was impressive against Baker, smacking seven aces and breaking serve twice on his way to victory.

He also saved all six break points he faced against the American, who’s incredible rise in 2012 has seen him jump from outside the top 400 at the beginning of the season to within the top 80.

It is the first time Tomic has won consecutive matches since reaching the quarterfinals at the ATP 250 event in Munich in early May.

Should he meet Federer in the last 16, the Australian will attempt to reverse a 0-2 head-to-head record.

The Swiss great is expected to play his second round match on Wednesday.