Novak Djokovic has won his third straight ATP Masters 1000 title in Canada on Sunday, while Petra Kvitova and Li Na advanced to the women's final. 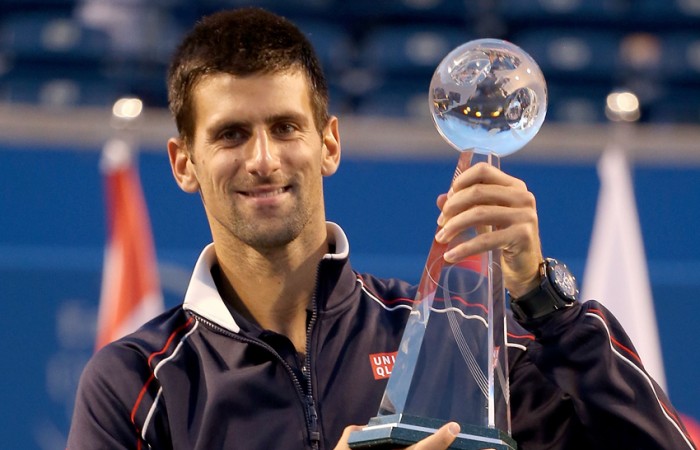 Novak Djokovic completed a trophy hat-trick in Canada as he won the ATP Masters 1000 in Toronto with a 6-3 6-2 victory over Frenchman Richard Gasquet on Sunday.

The title was the first for the world No.2 since Miami more than four months ago, and just the third of a subdued season for the former world No.1.

This year’s Australian Open champion and Gasquet went on court in the evening so as not to conflict with the London Olympic closing ceremony.

The win was the seventh of eight for the Serb over Gasquet, who lost the 2006 final at the tournament to Roger Federer in Toronto.

Djokovic has now won 31 career titles from 48 finals and has won a dozen of those at the elite Masters 1000 level.

He also won the Canadian event in 2007 and 2011 when it was played in Montreal in an alternating arrangement between the two major Canadian cities.

The win tightens the race for the world No.1 ranking as Djokovic tries to claim the honour back from Roger Federer.

At the Rogers Cup women’s event in Montreal, No.10 seed Li Na rallied to beat 16th seed Lucie Safarova 3-6 6-3 7-5 on Sunday to advance to the final of the rain-delayed tournament.

Li, who recovered from 5-1 down in the third set to eventually defeat her Czech opponent, will face another Czech in the form of fifth-seeded Petra Kvitova.

The final, between the 2011 French Open and Wimbledon winners, is scheduled for Monday.