Lleyton Hewitt will take on Novak Djokovic in a third round blockbuster on Centre Court before teaming with Sam Stosur in the mixed doubles event. 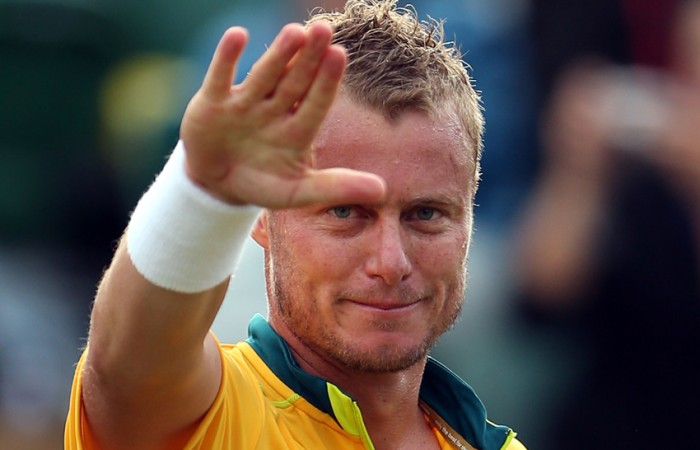 Lleyton Hewitt and Sam Stosur will hit the courts at the All England Club on Day 5 on the London 2012 Olympic tennis event hoping to keep Australia’s medal prospects alive.

Yet for Hewitt, a mighty assignment lies ahead.

The 31-year-old faces second seed Novak Djokovic, who reached the third round after demolishing former world No.1 Andy Roddick 6-2 6-1.

Hewitt set up the Djokovic showdown after a magnificent upset victory over 13th seed Marin Cilic of Croatia.

The pair’s match will feature on Centre Court following the meeting between Serena Williams and Vera Zvonareva, a repeat of the 2010 Wimbledon women’s final.

Hewitt will then team with Sam Stosur in the mixed doubles, forming an illustrious partnership that has combined for three Grand Slam singles titles and three doubles majors.

Hewitt and Stosur, arguably the highest-profile pairing in the mixed doubles event, were awarded a special ITF place in the 16-team draw.

They will take on fourth seeds Agnieszka Radwanska and Marcin Matkovski of Poland in their opening match.

Stosur will be aiming for her first win at the London 2012 Olympics after falling in the first round of both the women’s singles and doubles events.

> find out more about the Hewitt-Stosur pairing

Aussies in action on Day 5