Hewitt scores another win in London

Lleyton Hewitt has stunned 13th seed Marin Cilic in straight sets to set up a third round showdown with No.2 seed Novak Djokovic at the London 2012 Games. 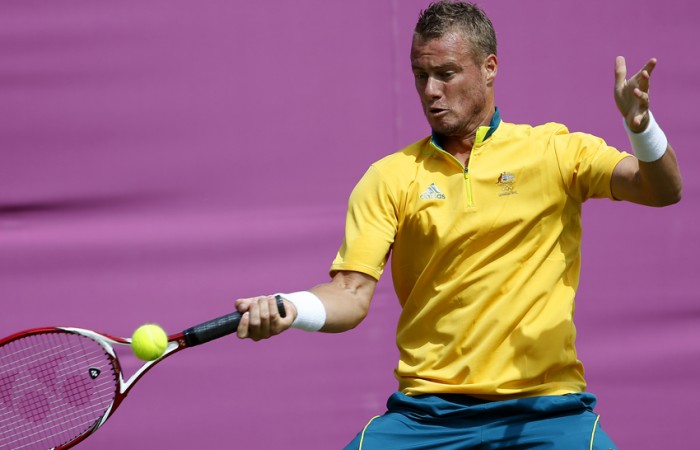 Lleyton Hewitt has continued his impressive run through the men’s singles draw at the London Olympics, recording a magnificent upset win over No.13 seed Marin Cilic.

Hewitt defeated the tall Croatian 6-4 7-5 to move through to the third round, where he will face world No.2 Novak Djokovic.

It will be an extremely tough test for the Aussie, with Djokovic, the reigning Olympic bronze medallist, thrashing Andy Roddick in the second round for the loss of just three games.

Yet Hewitt is displaying some scintillating tennis of his own. Improving on his first round performance, he outclassed Cilic – whose great form on grass had netted him the recent Queens Club title and a fourth round finish at Wimbledon – in just over one-and-a-half hours.

The 31-year-old scored the decisive break in the 11th game of the second set, and purposefully closed out the match in the following game.

Little separated the pair on the statistics sheet, except for the fact that Hewitt was able to limit his unforced error count to 12, versus 21 for his opponent.

Eventually, Cilic could no longer withstand the pressure Hewitt was placing him under.

Should Hewitt fall to Djokovic in the third round, the veteran will have another shot at an Olympic medal when he teams with Sam Stosur in the mixed doubles event.

> read about the recently-announced Stosur-Hewitt partnership

Hewitt’s third round run in the singles at London 2012 is a career best Olympic result – he fell in the opening round in Sydney in 2000 before reaching the second round at Beijing in 2008. He did not play at Athens in 2004.

His best overall Olympic result came when he progressed to the quarterfinals of the men’s doubles with Guccione in Beijing.